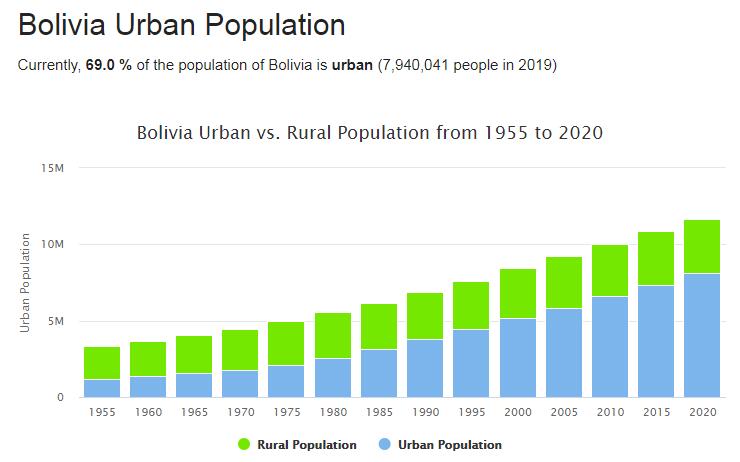 Bolivia. On January 22, Evo Morales assumed his second term as Bolivia’s president after the victory in the December 2009 presidential election.

Both the government and the opposition proclaimed victors in the regional and municipal elections on April 4, and both sides were right to some extent. According to COUNTRYAAH, Bolivia has a population of 11.35 million (2018). The candidates from President Evo Morales’s party Movimiento al Socialismo (MAS) won six of nine governor positions, which doubled compared to the 2005 election. been strong for several years, as well as seven out of ten mayor posts in the country’s provincial capitals. At the same time, MAS performed strongly in other cities around the country, including in the opposition eastern provinces. In Santa Cruz, for example, the party won in 25 of 56 cities, and a total of more than two-thirds of the country’s all cities. The election results confirmed the general trend in Bolivia in recent years, namely, that President Morales MAS stands strong in the countryside and the densely populated highlands in the west, but is weaker in the country’s provincial capitals, especially in the east. Despite a high turnout, the elections showed that support for Morales nationally has dropped from 64 percent in the December 2009 presidential and congressional elections to 50 percent.

In the months following the election, no less than five of the newly elected mayors resigned, most accused of corruption. Several of their alternates were also linked to President Morale’s party MAS, which prompted the opposition to talk about a political campaign by the government.

Disputes within the army and popular pressure led to an anti-imperialist faction within the army led by General Juan José Torres in 1969. During his brief reign there was considerable development in the popular organizations. A People’s Assembly was established based on the COB and the left-wing parties. But already in August 1971, this popular government was overthrown in a coup led by Colonel Hugo Bánzer Suárez, who took the government backed by the MNR and the fascist prisoner FSB. This civil-military government remained in power until 1978, and carried out a number of agro-industrial and infrastructure projects.

Increased organization and awareness among the indigenous population

In April 1991, Parliament authorized US military advisers to enter the country to advise Bolivians in the fight against drugs. Despite military and political actions. replacing coca with other crops, the cultivated area was still growing. In 1992, it was estimated that 200,000 people were involved in the production process from coca to cocaine and that production brought in $ 950 million annually to the country.

The reduced ability of the labor movement to carry out mobilizations was offset by the development of new organizations among the indigenous peoples and their villages. A number of conferences were held in the indigenous peoples’ organizations CIDOB and APG. Their primary requirements were the distribution of land, the protection of the environment and the use of Native American languages ​​in teaching. The population of eastern Bolivia consists of approx. 250,000 people across 33 linguistic ethnic groups. In September 1990, the indigenous peoples under the slogan «land and dignity» undertook a 750 km march from the eastern part of the country to La Paz. It motivated the government to adopt a “plan for defense and development for the indigenous peoples”. Under this new plan, in August 1991, 8 were transferred. 000 acres of land as a collective estate to the Comunidad Mosetana de Santa Ana de Horachi. This and other land transfers encountered fierce opposition from the companies that exploit forest resources in the region.

In January 1992, Presidents Paz Zamora and Alberto Fujimori (from Peru) signed an agreement under which Peru would relinquish a 327-acre border area at the Ilo harbor to Bolivia. According to softwareleverage, the country was thus finally granted «access to the sea» – thus the possibility of trade by sea.

The MRC won 36% of the vote in June 1993 with the party’s leader, Gonzalo Sánchez de Losada as presidential candidate, and the sociologist and aymaral leader, Víctor Hugo Cárdenas as vice president. While the early ruling parties ADN and MIR went back to the elections, the new populist and nationalist movements such as CONDEPA and UCS retained their support among the masters and slum people.

During the government’s first year, it introduced the right to education in the original languages ​​- primarily Aymara, Quechua and Guaraní. The Capitalization Act cunningly solved the privatization problem of the main public companies – telecommunications, electricity, oil, gas, trains and the airline – by transferring half of the value of these companies as pension to the Bolivians. The purpose was to attract foreign investment, reduce unemployment and increase gross domestic product.

A number of environmental organizations took action against the import of toxic waste from Europe as well as the general destruction of the environment as a result of mining. At the same time, other movements went into action for the preservation of the mines and the jobs it entailed. At the same time, the United States had organized the burning of coca plantations, which led to constant clashes between farmers and the military. Finally, the World Bank found that 97% of the rural population lived below the poverty line.

In 1994, the state oil company, YPBF, which faced privatization was placed in a favorable situation when it was announced that an agreement had been made with Brazil on the construction of a Santa Cruz gas pipeline over Potosí to São Paulo. The Uncapitalization Act, which was unpopular among workers who were afraid of losing their jobs, led in 1995 to a series of strikes. On two occasions, the government put the country in the state of emergency with special powers for the police and curfew. Public meetings were banned and over 100 union leaders were jailed.

As part of its regional campaign to curb the flow of cocaine to the north, in February 1997, the United States demanded that the Bolivian parliament pass a law against money laundering from the drug trade.