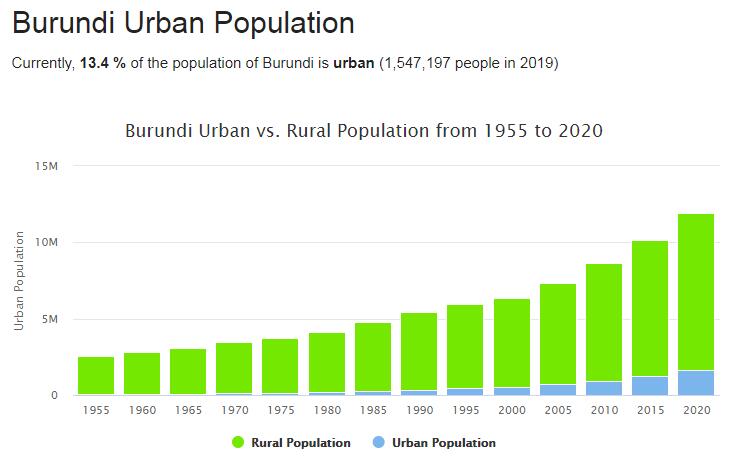 Burundi. According to COUNTRYAAH, Burundi has a population of 11.18 million (2018). A number of general elections were held during the year. The hope was that the elections would strengthen democracy and consolidate the fragile peace of recent years. Instead, the political contradictions were sharply sharpened and the country appeared to be at risk of a new civil war.

In January, 13 soldiers were arrested accused of forging dome plans. During the winter and spring, a series of clashes between opposition and security forces took place, and during the run-up to the general elections, hundreds of supporters were arrested for opposition parties. Foreign thought media called on the authorities to restore the order, and the head of Human Rights Watch was expelled after alleging that both the CNDD-FDD government party and the opposition party FNL were behind the violence. African Union Commission President Jean Ping expressed his strong concern over the situation.

The CNDD-FDD was reported to have won a superior victory in the local elections in May, but the opposition claimed that there was serious cheating and demanded re-election, which was not granted. A few weeks before the presidential election, the four opposition leaders withdrew their candidacies in protest that the members of the electoral commission had not been replaced. Shortly thereafter, the two main opposition men, including the FNL’s Agathon Rwasa, fled abroad claiming that they feared for their lives. The election was conducted with the incumbent President Pierre Nkurunziza as the only candidate. Most opposition parties then boycotted the elections to both parliament’s chambers, with the result that the CNDD-FDD gained an overwhelming majority in both the House of Representatives and the Senate.

According to softwareleverage, FNL leader Rwasa was later dismissed in his absence as leader of FNL. Party members dismissed the extra-long Congress as a scam staged by the Home Office, which was accused of allowing a regime-led phalanx, mostly made up of young people, to infiltrate the party.

During the fall, sporadic fire fighting and civilian killings continued north of the capital Bujumbura, as did the arrests of oppositionists. The UN also found the conditions “extremely worrying”.

The tribal conflict re-erupted in the early 1970s, resulting in massacres that resulted in the deaths of over 100,000 people (mainly Hutu) and the flight to Rwanda and other countries after a coup d’état by the Hutu rebels. neighbors of tens of thousands of Hutus. In 1976 a coup brought JB Bagaza to power, who approved a new Constitution in 1981 and got himself elected president in 1984. In 1987 Bagaza was in turn overthrown by P. Buyoya who, having dissolved Parliament and suspended the Constitution, assumed presidency of the republic at the head of a military committee for national salvation. After serious inter-ethnic incidents in 1988, which caused thousands of deaths, Buyoya started a partial liberalization of the regime, relaunching the reconciliation projects between the two ethnic groups. In 1993 the general elections saw the victory of the Hutu M. Ndadaye, ending the long dominance of the Tutsis at the top of the country. A few months later, however, his assassination blocked the fragile democratization process, with the resumption of fighting in much of the country. The precarious balance reached in 1994 with the appointment to the presidency of the Hutu C. Ntaryamira and to the head of a coalition government of the Tutsi A. Kanyenkiko was once again disturbed by the deaths of Ntaryamira himself and the Rwandan president in an attack. J. Habyarimana. The prompt reconstitution of the political leaders did not avoid the conflict: while not plunging the Burundi into the chaos of the civil war and genocide (as happened in Rwanda), an escalation of violence took place which created a state of mutual segregation of the two communities. In addition to the entry of more than 200,000 Rwandan refugees of Hutu origin, the creation of a real Hutu army as opposed to the regular one, dominated by the Tutsis, contributed to the militarization of the country. Beginning in 1997, the peace process began with great difficulty. After various meetings between the parties to the conflict in Arusha (Tanzania) with the mediation of N. Mandela, in 2003 a peace agreement was signed that started a long phase of political transition, which ended in 2005 with the approval of a new Constitution inspired by the principle of a more equitable distribution of power between the Hutu majority and the Tutsi minority. In the same year, legislative elections were held and Fr. Nkurunziza was elected to the presidency; however, the guerrilla actions carried out by the rebel group of the National Liberation Forces, which joined the ceasefire only in 2008, continued.In 2010 Nkurunziza was confirmed in the post; judged unconstitutional, his candidacy for a third term sparked violent popular reactions, severely repressed by the police, while the legislative consultations held in July and boycotted by the opposition saw the victory of the ruling party National Council for the Defense of Democracy -Forces for the defense of democracy (CNDD-FDD) . The results of the presidential elections held in July 2015 gave a new mandate to Nkurunziza, who obtained 69% of the votes against 19% of his main opponent, A. Rwasa; in March 2018 the politician was declared by the CNDD-FDD “Supreme and eternal guide” of political formation, and in the following May a constitutional referendum approved with 78% of the favorable opinions a reform to extend the duration of the presidential mandate from five to seven years, also abolishing the limit on the number of mandates, which could allow Nkurunziza to remain in office until 2034. In view of the presidential elections in May 2020, the president in office has in any case decided not to run again; nominated by his party “Supreme Leader of Patriotism”, he took over from him in the position É. Ndayishimiye,