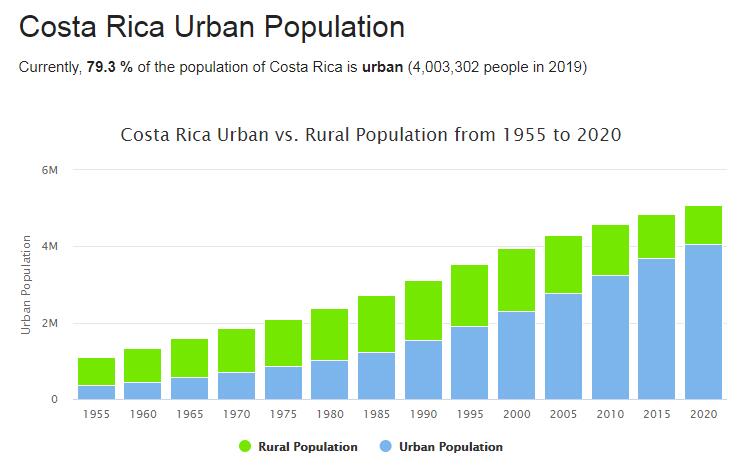 Costa Rica. On February 7, for the fifth time in the history of Latin America, a woman was elected president. According to COUNTRYAAH, Costa Rica has a population of 4.999 million (2018). Laura Chinchilla of the ruling party PLN (Partido de Liberación Nacional) clearly won by 47 percent of the vote, twice as many as the main competitor Ottón Solís of the center-left party PAC (Partido Acción Ciudadana). The profit margin has not been greater since 1982, and no other election round was needed. Chinchilla is widely considered to be the very popular outgoing President Oscar Arias patron. In the congressional elections held at the same time, however, things did not go so well for PLN; the party is still the largest but lost three seats and thus still lacks its own majority in the already highly divided chamber.

At the end of the year, it was called again in relations with neighboring Nicaragua as a result of an old border conflict between the countries on the San Juan River. According to softwareleverage, the International Court of Justice in The Hague in 2009 found that the area belongs to Nicaragua but also that Costa Rica has the right to free civil maritime traffic on the river. In October, armed police were deployed at a border section against Nicaragua, and in November Nicaraguan troops occupied the island of Isla Calero, prompting Costa Rica to protest with the US-based OAS.

At the beginning of the 21st century. the country continued, like many other South American states, to be heavily conditioned by the high internal and external debt and by the austerity measures that this imposed, in contrast with the real needs of the population, most of which still lived in conditions of extreme poverty. Torn between the need to reduce public debt and not to create further social tensions, the government of President MA Rodríguez Echeverría, leader of the conservative Partido Unidad Social Cristiana (PUSC) and elected in 1998, continued throughout the early years of 21° sec. to navigate between reforms and concessions, in the search for a difficult balance that would be able to restore stability to the country. New fiscal measures were enacted, but the attempt to reorganize the public sector and privatize the energy and telecommunications sector resulted in a massive popular mobilization that forced the government to back down. The presidential elections, held in February 2002, marked the victory of the ruling party’s candidate, A. Pacheco, but also highlighted the growing distrust of the electorate in the traditional political class represented by the PUSC and its traditional opponent, the Partido de Liberación Nacional (PLN), both proved to be no longer able to monopolize the majority of the consensus. Both in the presidential elections and in the legislative elections, also held in February, the newly formed Partido de Acción Ciudadana (PAC), which had led a campaign with strong populist tones, obtained an unexpected success. The new president Pacheco, who took office in May 2002, placed the introduction of fiscal and financial reforms aimed at reducing the deficit among the priorities of his administration, but came up against the opposition of the unions opposed to the spending cuts. During 2003 Massive strikes were carried out in the public sector which forced the government to review the planned budget cuts and provoked strong discontent and continuous checks within it. The credibility of the executive was also shaken by numerous scandals that also touched the President of the Republic in 2004, accused of having accepted illegal funding for the electoral campaign; in January 2005, Pacheco said he was ready to give up immunity to allow judges to investigate him.

In foreign policy, the Costa Rica tried to improve relations with neighboring countries with which numerous trade agreements were stipulated. Relations with the United States also remained close and collaboration continued between the two states in the fight against drug trafficking; resistance was met instead by the proposed accession to the free market area among Central American countries, promoted by the Washington government, opposed by domestic producers opposed to the reduction of customs tariffs.