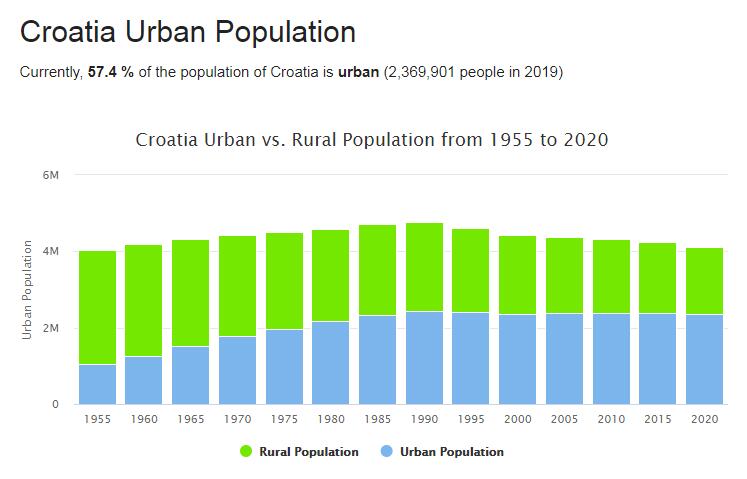 Croatia. The second round of the presidential elections was held in January. Social Democrat Ivo Josipović won over independent candidate Milan Bandić, mayor of Zagreb, with the percentages 60-40. Josipović promised to fight corruption and crime, and to cooperate with the government to implement the reforms required for EU membership. The President has a predominantly symbolic role.

According to COUNTRYAAH, Croatia has a population of 4.076 million (2019). Former Prime Minister Ivo Sanader, who resigned in 2009, announced his intention to return to politics and try to breathe new life into the ruling right-wing party HDZ (the Croatian Democratic Union). In the presidential election, HDZ’s candidate received only 12 percent of the vote in the first round. But Sanader was instead excluded from HDZ and became politically savage in parliament. In December, he was stripped of his criminal immunity and left the country. Sanader was arrested shortly thereafter in Austria, from where he was requested to be extradited on suspicion of corruption.

Berislav Roncevic, who was Minister of Defense and Home Affairs during Sanader’s reign, was sentenced in December to four years in prison for corruption and abuse of power.

In January, Serbia brought Croatia before the International Court of Justice in The Hague on allegations that the Croatian government was guilty of genocide during the 1991-95 war. According to softwareleverage, Croatia had previously similarly notified Serbia and in 2008 was granted the right to sue the neighboring country for genocide.

A trial began in February against four men accused of murdering the owner of the magazine Nacional 2008. According to authorities, the trial was an important step in the fight against organized crime.

An obstacle on Croatia’s road to EU membership was cleared out of the way in June. The voters in Slovenia then approved in a referendum the settlement in an infected border dispute that the governments of the countries struck. The settlement was adopted with just under 52 percent of the vote. In the same month, Parliament in Croatia adopted a number of constitutional amendments required for accession to the EU. Thereafter, the remaining negotiations with the EU on competition law, as well as foreign, security and defense policy were initiated.

The population is mainly made up of Croats (89.6%), followed by Serbs (4.5%) and other small shares of Bosnians, Italians, Magyars, Albanians. The consequences of the events that the country went through during the 1990s still weigh on the demographic trend, when the population of Croatia underwent a progressive contraction due to two main factors: on the one hand the modest natural balance of the population, which in turn caused by the combined effect of a rather low average birth rate and a relatively high death rate in the first half of the decade after the war; on the other hand, the leakage of a large part of the Serbian component (12% of the total population of Croatia at the 1991 census) allocated in the regions of Krajina and eastern Slavonia, especially after the Croatian offensive unleashed in 1995 for the reconquest of these secessionist territories from Zagreb. At the end of the 20th century. only a modest part of Croatia’s Serbian exiles, refugees in Serbia and Bosnia and Herzegovina (approx. 300,000 in total in 1999), returned to their homes, limited in their right to repatriation by the nationalist policy pursued over the years 1990 by the late president F. Tudjiman. To these factors was added an albeit limited emigration, with flows directed towards the countries of the European Union. Once the internal situation has stabilized, the birth rate remains low (9.3 ‰ in 2006, compared with a death rate of 11.3 ‰).

Of note, among the ethnic minorities of Croatia, the Italian community of Istria, engaged in a political dispute with the Zagreb government for the full recognition of its linguistic and cultural autonomy.