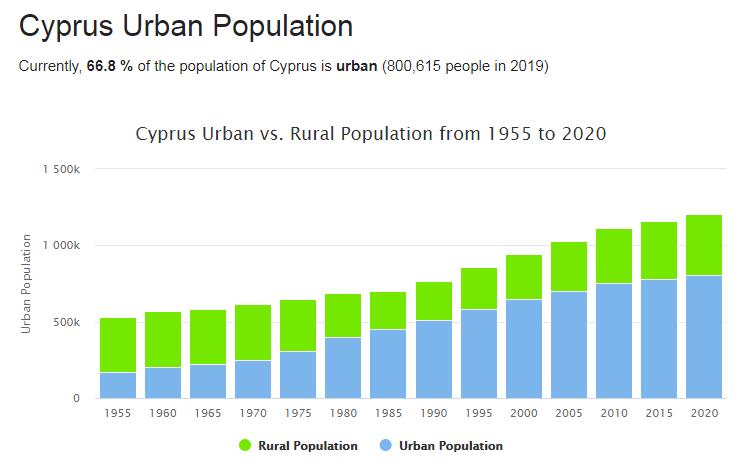 Cyprus. The conflict between the parties on the shared island remained unsolved. In the Turkish Cypriot presidential election in April, Derviş Eroğlu, the head of government and leader of the right-wing National Unity Party (UBP), won. He appointed newly appointed UBP leader İrsen K邦ç邦k, who previously held several ministerial posts, as new prime minister, and in May K邦ç邦k formed a new Turkish Cypriot government. Eroğlu did not want to see a united Cyprus but continued the negotiations his representative Mehmet Ali Talat conducted with Cyprus President Dimitris Christofias since 2008.

According to COUNTRYAAH, Cyprus has a population of 875,899 (2019). Eroğlu and Christofias met on a number of occasions but no breakthroughs were reported. The talks concerned topics such as security, power sharing and property. The latter issue became particularly sensitive since 21 Turkish Cypriots, who abandoned their homes in southern Cyprus in the wake of the 1963 riots, in July applied to the European Court of Human Rights (ECHR) to recover their property. According to softwareleverage, the court had previously in several cases ruled that Greek Cypriots were entitled to property they surrendered in Northern Cyprus in connection with the Turkish invasion of 1974. The Socialist Party EDEK, which was the minor party in the recognized Cypriot coalition government, left the government in February against what It was believed that Christophia’s far-reaching concessions were too far-reaching in the negotiations.

The remains of President Tassos Papadopoulos, who had been stolen from his tomb in Nicosia in December 2009, were found buried in March in another cemetery in the city. Three men were arrested on suspicion of being behind the crime, which according to police was an attempt to extort money from Papadopoulo’s relatives.

Book publisher and media magnate Andis Hadjicostis was shot dead on January 11 outside his home in Nicosia. Four people, including a well-known female news presenter, were brought to trial for the murder.