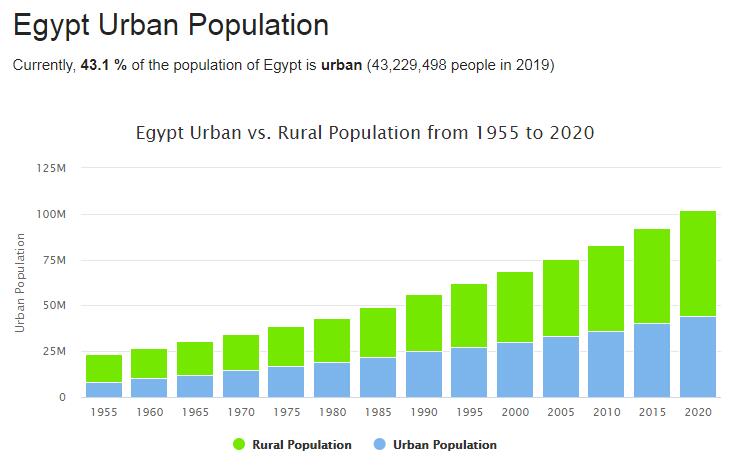 Egypt. The ruling National Democratic Party under President Hosni Mubarak took home 420 of the 504 seats in the parliamentary elections held on November 28 with a second round of elections a week later. According to COUNTRYAAH, Egypt has a population of 98.42 million (2018). The largest opposition party, the formally banned Islamist movement, the Muslim Brotherhood, which received about 20 percent of the parliamentary seats in the 2005 elections, received no mandate in the first round and therefore boycotted the second. Candidates loyal to the liberal New al-Wafd Party got six seats. Other mandates were granted to independent candidates or small parties of various kinds. Human rights organizations and opposites in all factions accused the government of widespread electoral fraud since hundreds of oppositions were arrested before the election, closed TV channels and images of cheating in connection with the vote had been published on the Internet.

Two important liberal democracy movements, the National Coalition for Change under Mohamed ElBaradei and the Al-Ghad Party under Ayman Nur, boycotted both elections. ElBaradei, former head of the UN Atomic Energy Agency IAEA, returned in February after 30 years in exile and was expected to challenge Hosni Mubarak or possibly his son Gamal Mubarak in the 2011 presidential election. up, that lawyers would supervise the election and that the state of emergency that had prevailed since 1981 would be lifted. The United Nations Commissioner for Human Rights, Navanethem Pillay, in March urged Egypt to put an end to the violence targeting African migrants trying to get through Egypt to Israel. According to Pillay, at least 60 migrants had been killed at the border since 2007.

Christian Copts suffered extensive persecution during the year. Six Copts and a Muslim Guard were shot dead on January 6 outside a church in the small town of Nag Hammadi in southern Egypt in connection with the celebration of Coptic Christmas. And on New Year’s Eve 2011, 21 people were killed in a suicide attack targeting a Coptic church in Alexandria. According to softwareleverage, 10 percent of Egypt’s 80 million residents are Copts.

Several cases of suspected police brutality were noted in Alexandria. A 28-year-old activist who posted on the Internet a clip where police stole a drug seizure died in connection with a police raid on June 6. Thousands of protesters protested against the police in the following weeks. A 19-year-old was found dead in a canal in the same city in November, a few days after he was arrested for theft. The human rights organization Amnesty International demanded an investigation into the incident.

The Muslim Brotherhood reacted after the military coup with extensive demonstrations, and in the following months 1,300 were killed and several thousand Morsi supporters arrested. After a month and a half of demonstrations against the military coup, the military decided to put a stop to the protests. On the morning of August 14, the military conducted a massacre of followers of the Brotherhood at the Rabaa Al-Adawiya Mosque in Cairo. Somewhere between 800 and 1,000 unarmed protesters were killed, at least 4,000 wounded and the mosque burned down. The Muslim Brotherhood threatened large-scale demonstrations in protest of the massacre, and Tamarod urged people to organize themselves in a self-defense group to counter the Brotherhood. In this situation, the military introduced a one-month state of emergency and curfew from 1 p.m. 19-06 in 14 of the country’s 27 regions. Mohammed el-Baradei had been appointed vice president by the military a month earlier. He now withdrew from this post.

In December, the dictatorship labeled the Muslim Brotherhood as a terrorist organization and banned the party. That same month, al-Jazeera arrested journalists Mohamed Fahmy, Peter Greste and Baher Mohamed. On January 14, they were charged with “broadcasting fake news”, “possessing transmission equipment without their permission” and “assisting or belonging to the Muslim Brotherhood”. In June, the three journalists were sentenced to 7-10 years in prison at the Criminal Court in Cairo. In January 2015, an appeals court ruled that the criminal court had committed trial errors and that the trial should proceed.

The military dictatorship drafted a new constitution. Initially, it hired 10 legal experts to review and amend the constitution from December 2015. Next, it appointed 50 people to write further amendments. This “constitution” was sent to a referendum in January 2014, according to it. the military was passed with 98.1% of the vote with a turnout of 38.6%. Opponents of the military coup with the Brotherhood at the head had stated in advance that they were boycotting the vote.