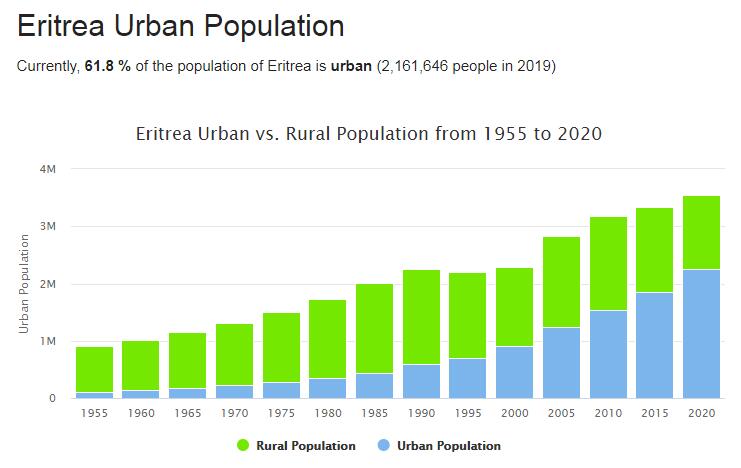 Eritrea. According to softwareleverage, very few news sizzled during the year from the closed Eritrea, one of the world’s hardest dictatorships. Among the few reports on the condition in the country were information from a defected former camp guard, who in January said that the Swedish journalist Dawit Isaak was alive but probably in a very bad condition. Isaak was arrested in 2001 for having in his newspaper given room for criticism of the regime and has since been imprisoned without trial.

According to the camp guard, Isaak is kept under difficult conditions in the desert camp Eiraeiro, without access to medical care and with very small rations of food and water. Six of the eleven high-ranking political and military leaders who were also imprisoned in 2001, according to the former guard, have died from the hardships, as well as a number of prisoners, among them five journalists.

According to COUNTRYAAH, Eritrea has a population of 3.214 million (2011). Activists working for Isaak’s release demanded increased efforts from the Swedish government and the EU.

With the exception of the two western ethnic groups of the Kunama and the Nara to be considered Nilotic, the population of Eritrea it is made up of groups that speak partly Cushitic languages, partly Semitic languages. The former include the Beja (Beni Àmer) in the north-western regions; the agau nucleus of the Bileni (Bogos) in the Anseba basin; the various Saho groups in Eritrea south-central, between Massawa and the Ethiopian border; the Afar groups of Danakil in the SE regions along the Red Sea coast. These populations are predominantly Islamic and dedicated to pastoralism. The groups that speak Semitic languages ​​are the Tigrayans of the central highlands and the Tigers of the northern regions.

The population lives mainly in rural villages. Only Asmara and, to some extent, the ports of Massawa and Assab have functional urban characteristics; another important center is Agordat, on the plateau, connected by rail to the capital and therefore to the Red Sea coast. Famines and wars have caused significant waves of migration. Over a million Eritreans (many of them refugees in Sudan) still live outside the borders of the motherland.

Eritrea is one of the poorest countries in Africa; at the end of the war of liberation, the economic and social indicators outlined a particularly depressed overall picture. The situation was further aggravated by the new conflict with Ethiopia (1998-2000), which had dramatic economic, social and political consequences.

Agriculture is practiced on the highlands, where rainfall is sufficient for the practice of the main crops: teff, corn, wheat, sorghum and millet. In the valleys, where irrigation is possible, cotton is produced. The recurrent drought and soil erosion combine to create an unfavorable environment for agricultural activities and the persistent food deficit of Eritrea it is covered with aid from the UN World Food Program.

Another resource of the Eritrean economy is the fallow and nomadic farming of sheep, cattle, camels and donkeys. Fishing in the Red Sea is active and produces pearl oysters in addition to exported dry and salted fish.

Researches for hydrocarbons have been started since the second half of the 1990s in the depths of the Red Sea, where the presence of substantial reserves has been ascertained. The country also has iron, copper, zinc, and manganese; another mineral resource that has so far been poorly valued is gold. The production of the Massaua and Assab salt pans is discreet.

The industrial apparatus, traditionally focused on the production of glass, cement, footwear, preserved food and drinks, had begun to modernize and diversify, but this process was almost blocked following the new armed clashes with Ethiopia and the whole apparatus it is largely to be rebuilt. The main plants in operation are the Assab oil refinery and the Massawa cement plant.

The railway line (117 km) that connects Massawa to Asmara has been restored. 4 asphalted roads also branch off from the capital (540 km). The maritime trades make use of the ports of Massawa and Assab (since 1992 also a free port of Ethiopia following an agreement between the two countries).