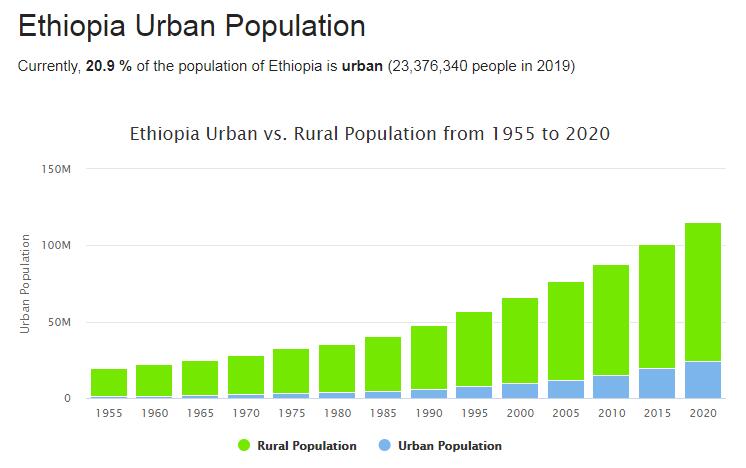 Ethiopia. According to COUNTRYAAH, Ethiopia has a population of 109.2 million (2018). The parliamentary elections in May were in sharp contrast to the previous elections in 2005. At that time, the opposition was strongly ahead, but the election was followed by severe unrest and mass prisoners. This time, the ruling Ethiopian People’s Revolutionary Democratic Front (EPRDF) and its allies got all but two. The opposition’s demand for re-election was rejected by the Election Commission. Observers from the EU and the US considered that the election was formally correct but that the EPRDF had unduly used the state apparatus’s resources to spread its propaganda and hamper the opposition’s electoral movement.

When the new parliament was opened and a reorganized government took office, Prime Minister Meles Zenawi let the opposition leader Birtukan Mideksa pardon. She leads the Party for Unity for Democracy and Justice (UDJ) and was imprisoned after the 2005 elections. According to softwareleverage, Birtukan was Ethiopia’s best-known political prisoner and labeled by Amnesty International as “prisoner of conscience”.

In October, Human Rights Watch claimed that the Ethiopian government unilaterally directs aid money to regime loyalists and that opposers are denied access to loans, artificial fertilizers, seeds or to participate in “food for work programs”. The government rejected the charges.

In November 2015, farmers in Oromia province began to protest against the Addis Ababa development plan that would allow the capital to grow beyond Oromia. The government again took the plan off the table in January 2016, but protests continued. In October, at least 55 were killed during riots during the religious Oromo Irrecha festival. The reason was reportedly the harsh conduct of security forces. Oromo activists then decided to conduct a “rage week” with demonstrations that often ended in violence and the burning of businesses and public buildings. In July, people in Amhara protested against arbitrary arrests by members of the Wolqait Identity Amhara Self-Determination Committee. At the same time, they demanded increased regional autonomy in accordance with the Constitution. In other places, protest actions were also demanded for increased autonomy. In an effort to curb protests in the Oromia and Amhara provinces, the authorities launched a series of reforms, but without addressing the core of the discontent: lack of economic, social and cultural rights; respect for the law; and the release of the political prisoners. After the state declared the state of emergency in October, protests stopped, but human rights violations escalated.