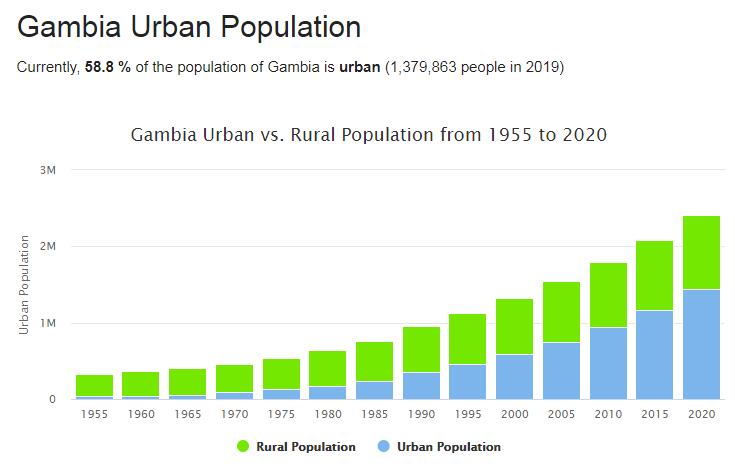 The Gambia. A tense political situation prevailed throughout the year, possibly an early start to the 2011 presidential campaign. In February, UN agency UNICEF representative Min Whee-Kang was expelled, who, without explanation, was given a day to leave the country. According to COUNTRYAAH, Gambia has a population of 2.28 million (2018). The decision was interpreted as a reaction to foreign criticism of the human rights violations in The Gambia.

During February and March, a large number of high ranking military, police, businessmen and a former minister were arrested and charged with planning a coup. In June, charges were also brought against former Marine Chief Sarjo Fofona and former Army Chief Langtombong Tamba for participation in a coup attempt in 2006. At the same time, General Tamba, along with seven other former senior officers, were facing trial for an alleged coup attempt in 2009. In July, they were convicted until death.

President Yahya Jammeh, who himself took power in a coup in 1994, accused the former colonial power of Britain of locking money to the opposition ahead of the 2011 presidential election.

In October, Parliament passed a law establishing the death penalty for possession of more than 250 grams of heroin or cocaine. Holding 100 to 250 grams gives up to 75 years in prison. According to softwareleverage, the Gambia is becoming a transit country for drug deliveries to Europe. A lawsuit was held during the year against the former national police chief and the former head of the drug control authority for, among other things, drug crimes and robberies.

President Jammeh married a second wife, a 21-year-old diplomat daughter, during the year.

Independent republic since 1965 (formerly a British colony); it extends for 10,689 km 2, from the coast to the interior of Senegal, on the two banks of the lower course of the river of the same name. It is an example of the irrational political division of Africa, determined by the territorial subdivisions dating back to the colonial period, which still hinder social integration today and favor a sort of neo-colonialism.

The coastal strip, covered with mangroves, undergoes the ingress of sea water which, making the soil salty, prevents its fertility. The innermost part of the country is dominated by the savannah. Overall rainfall is scarce and there is only one rainy season (June-October); during the dry season the temperatures are very high.

The territory is divided into six divisions where, at the census survey of 1983, there were 687,817 residents (which rose to 975,000 at an estimate in 1990), with an average density of 64 people / km 2. In the Banjul division there is the capital of the same name which gathers 44,536 residents. The annual growth coefficient is 3%. The population, mainly composed of Mandingo (44%), Fula, Wolof and Serahuli, is 95% Muslim. The percentage of illiterate people is estimated at around 75%.

Economic conditions. – The primary sector gathers 75% of the active population and contributes to 28% of the domestic product. Only 15.5% of the land area is devoted to arable and arborescent crops; forests cover 15.9%, while meadows and pastures just 8%. As in Senegal, peanut industrial cultivation is prevalent in Gambia and it feeds just under 90% of the country’s exports. Local food crops (rice, cassava, sorghum, millet, corn) do not satisfy domestic consumption. The only industrial activity in the country is obviously the processing of peanuts which is carried out in the plants of Banjul, Kau-Ur and Kuntaur. The communications system is very modest: of the 3,083 km of roads just over half are passable in every season; Banjul, the main port of the country,