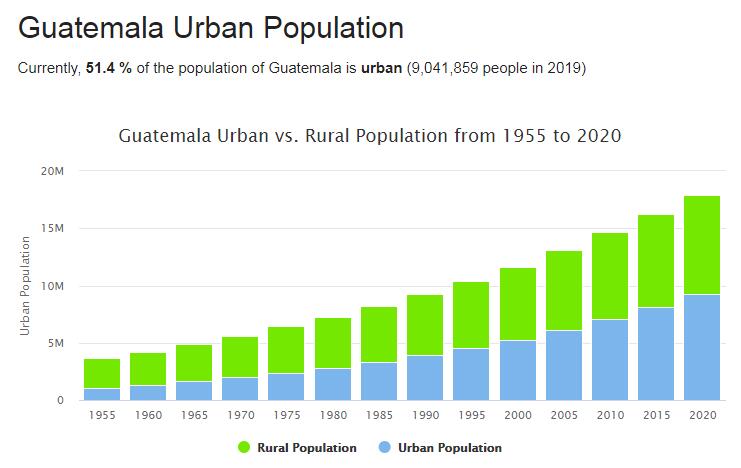 Guatemala. During the year, as well as its closest neighbors, the country struggled with the growing violence and rising murder rates, in Guatemala nearly 50 murders per 100,000 residents. According to COUNTRYAAH, Guatemala has a population of 17.25 million (2018). The fight against crime was not made more effective by the fact that top politicians and police chiefs were also regularly decided on criminal activities. At the beginning of the year, President Álvaro Colom, who took office in 2008, dismissed his fourth Minister of the Interior, Raúl Velásquez, for corruption and his fourth police chief, Baltazar Gómez, for involvement in drug smuggling. At the same time, the UN-backed International Commission Against Impunity in Guatemala (CICIG) contributed to the arrest of several police officers for similar crimes.

However, the Commission itself was hit by an internal crisis in early June, when its chief Carlos Castresana resigned in protest of President Colom’s appointment of Conrado Reyes as state prosecutor. Castresana accused Reyes of links to organized crime, but himself was accused of irregularities.

In May, according to softwareleverage, Guatemala was hit by tropical storm Agatha while volcano Pacaya erupted. The death toll was relatively low after Agatha, but 160,000 people were evacuated and a quarter of a million people were in need of relief as a result of the destruction of 5-10 percent of the harvests.

In May 2007, the United Nations published a study showing that the number of homicides in Guatemala had increased by 60% in the previous 5 years. In 2006, almost 6,000 people had been murdered. Acc. Political scientist Rachel Sieder of the University of London has several explanations for this development: «the long-standing tradition of state actors to hide human rights violations; a weak, corrupt and ineffective judiciary; and a fundamental lack of confidence by civil society against the judiciary ».

Despite widespread protests, Guatemala joined the CAFTA free trade cooperation in 2007, which includes countries in Central America and the United States.

In the second round of November 2007, the presidential election was won by center-left candidate Álvaro Colom Caballeros with 52.7% of the vote. His counterpart was General Otto Pérez Molina. Caballeros is president of the Social Democracy-oriented UNE (National Union of Hope). His father was mayor of Ciudad de Guatemala in the 1970’s, but in 79 he was killed by the military.

Nor did the new president manage to reduce the level of violence in the country. In 2008 alone, 687 women were murdered. A large part of them had been raped or shown signs of torture. Death patrols remain active, security forces continue to be involved in murders, tortures and disappearances and enjoy widespread impunity for their crimes. In the countryside, conflicts over the earth continue. In 2008, at least 22 families were displaced from their land.

In May 2010, the Pacaya volcano began spewing rocks and rocks. The whole of Guatemala City was covered by an 8cm thick sand and dust layer the following days.

At the September 2011 parliamentary and presidential elections, PP’s Otto Pérez Molina gained 36.0% in the first round. In second place Manuel Baldizón got 23.2%. Former Nobel laureate and human rights activist Rigoberta Menchú was also in the stand, but only in 6th place with only 3.3%. In the second quake round in November, Molina got 53.7%. He was inducted into the presidential post in January 2012. The parliamentary election was a staggering defeat to the UNE/GANE coalition, which went back 37 seats to 48. In contrast, PP went 26 seats up to 56. Despite Guatemala’s long string of generals and other officers in the presidential post, it was the first time it was consumed by an elected officer. In the 1980’s, Molina was an officer of the notorious Kaibile’s elite unit, which left hundreds of massacres on the civilian population. Since then, he became chief of military intelligence and then head of defense under President Ramiro de Leon Carpio. Molina belonged to the wing of the military who wanted a peace settlement with the guerrillas. He himself took part in the negotiations and helped negotiate the 1996 agreement in place. He retired from active military service in 2000 and formed his own party of PP in 2001.

In January 2012, former military dictator Efrain Rios Montt was brought to trial in Guatemala, charged with genocide. At the inaugural hearing, the prosecution provided evidence of over 100 massacres, 1771 killings, 1445 rapes and the displacement of about 30,000 during his 17-month dictatorship in 1982-83. The prosecution wanted him jailed because of the risk of him fleeing, but the judge ruled that he could be released on bail. He was placed under house arrest and guarded by police. On May 10, 2013 became Rios Montt found guilty of the charges and sentenced to 80 years in prison. It was the first time a former head of state was found guilty of genocide by a national court. The verdict was subsequently overturned by the Constitutional Court, which claimed Montt had not been given due process. The case was due in 2015.