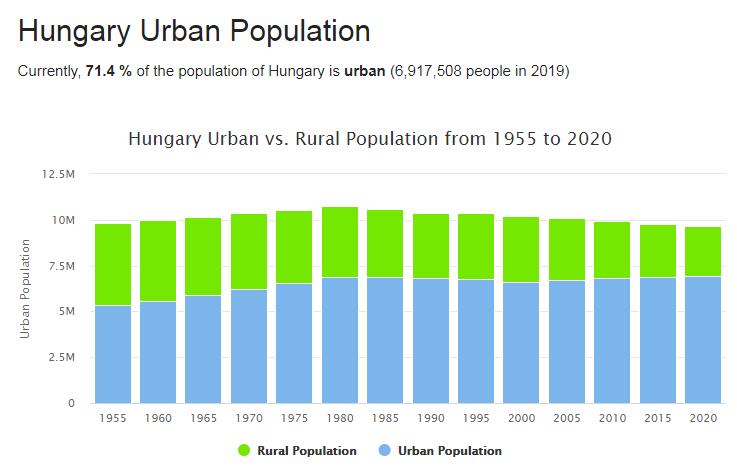 Hungary. Prior to the parliamentary elections in April, the right-wing opposition had a strong takeover in public opinion. The Socialist government, led by the partyless Gordon Bajnai, had implemented unpopular austerity measures with reduced wages and pensions and with increased taxes. The finances had been redressed, but at the same time the people’s anger had been stirred.

In addition, support for the right-wing and Nazi-inspired party Jobbik, which blamed the economic crisis and corruption on so-called enemies of the people: Roma, Jews, homosexuals and communists. Jobbik’s paramilitary branch of the Hungarian Guard had been banned but resurrected as the New Hungarian Guard, which advanced violently in Roman villages. Jobbik also wanted to create a Great Hungarian with parts of neighboring countries such as Slovakia and Romania. About 3.5 million Hungarians live in neighboring countries.

After two rounds of elections, the center-right party Fidesz (Hungarian Citizens Union) had won a grand victory with 52.7 percent of the vote and over two-thirds majority in parliament, 262 of 386 seats. It allowed the party to change the constitution and elect the president without seeking support. After eight years in government, the Socialist Party MSzP suffered a stinging defeat. MSzP more than halved to 19.3 percent of the electorate and 59 seats. The third largest party was Jobbik, who for the first time entered Parliament with 16.7 percent of the vote and 47 seats. Another newly formed party, the Green and Left Liberal LMP (Politics may be different), received 16 seats.

Fidesz leader Viktor Orbán, 46, took office as prime minister in May. He had promised to cut taxes and create a million new jobs in ten years. But nationalism was also on the program. Fidesz wanted to give ethnic Hungarians in the neighboring countries the opportunity for dual citizenship. It provoked upset reactions in Slovakia. When the Hungarian Parliament voted in favor of the dual citizenship law in May, the people elected in Slovakia replied the same day with a law that deprived Hungarian citizens of their Slovak citizenship.

According to COUNTRYAAH, Hungary has a population of 9.773 million (2019). Fidesz politician Pál Schmitt, 68, was elected in June by Parliament as Hungary’s new president. He was installed in the office in August.

In July, the new government decided to suspend its talks with the International Monetary Fund (IMF) on support loans, as the IMF’s terms on reduced budget spending were not accepted. The financial market reacted negatively to the government’s message, and the value of the currency forint fell. The government decided not to negotiate any new agreement with the IMF when the old one expired in October.

A major environmental disaster occurred in the autumn in western Hungary, when a dam burst and about 700,000 cubic meters of corrosive sludge from an aluminum plant rolled like a two-meter high wave through several villages. At least ten people were killed and many suffered chemical burns. Nature was poisoned by mercury, chromium and arsenic in the sludge, and life in the Marcal River was extinguished. The poison also reached the Danube. The remediation work was expected to take one year.

At the end of the year, Viktor Orbán’s government had problems with the economy. The promises of tax cuts and other economic policies had lowered confidence in the market, which feared that the budget deficit would grow over time. Therefore, Hungary’s credit rating was lowered, which caused the currency to decline in value. It was speculated that the government must return to the IMF to negotiate new loans.

When Hungary took over the EU presidency at New Year 2010/11, the country’s government received harsh criticism in the Union for a contentious constitutional change, which Parliament voted in December. A government agency was given the task of controlling the content of the media and imposing fines for publication that was considered offensive or “politically unbalanced”. According to softwareleverage, Hungary was accused of stifling freedom of expression, and the country’s suitability as EU President was questioned.