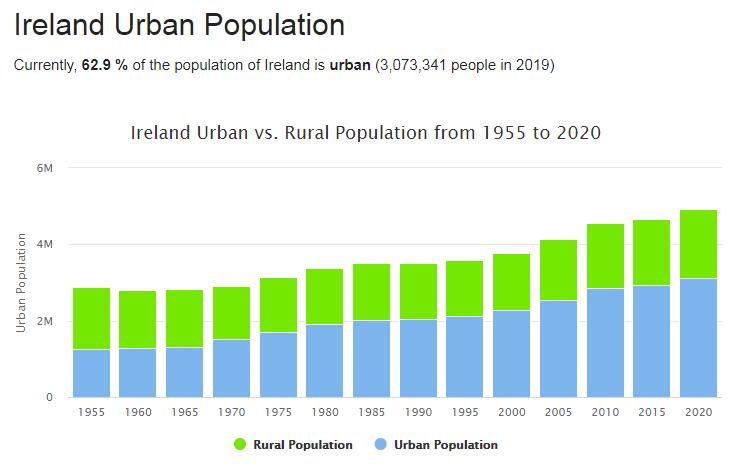 Ireland. The crisis in the Irish banking system intensified during the year and the government had to postpone several times to keep the banks alive. The most vulnerable was Anglo Irish Bank (AIB), which in December 2008 had been taken over by the state and whose shares were now falling rapidly. This is despite the fact that a new authority, NAMA (National Asset Management Agency), has taken over the responsibility for many of the banks’ bad loans. Slight growth in the economy was reported during the first quarter, but then GDP again decreased.

In the beginning of the summer came an initial official report on the crisis, which stated that it was mainly caused by the banks’ over-generous lending to risky projects in the property market, which had been undermined by the government introducing tax relief for construction projects. It was further found that economic growth during the 2000s was largely due to the boom in the construction sector, which was not sustainable in the long run. When property prices, which had risen in record speed for many years, fell by more than a third during the first ten months of the year, the banking crisis worsened. In the first six months of the year alone, Anglo Irish Bank made a loss of EUR 8 billion, and the state again entered with more capital. Finance Minister Brian Lenihan said in early autumn that the banking crisis would cost the Irish taxpayers over EUR 30 billion in total. Government debt, which had been down to 25 percent of GDP three years earlier, now rose to over 100 percent. The government’s attempt to curb the crisis through increasingly tough savings in the state budget was unsuccessful, largely due to rising prices for Irish government securities. The deficit in the state budget was projected to rise to over 30 percent of GDP – if the costs of the banking crisis were included. The Irish banks became increasingly dependent on short-term loans from the European Central Bank (ECB) to obtain new capital.

Other euro area countries were pushing for Ireland to seek assistance from EU support funds and the International Monetary Fund (IMF), which Greece was forced to do earlier in the year. The Irish government denied for the longest time that the country needed outside help. After several trips, they were forced to ask for help. At the end of November, the EU, IMF and Ireland agreed on a rescue package in which Ireland could borrow EUR 85 billion at around six percent interest. In exchange, Ireland would make further tough savings in the state budget. At least 25,000 jobs were expected to disappear from the public sector.

According to COUNTRYAAH, Ireland has a population of 4.904 million (2019). The government was previously unpopular, but now dissatisfaction grew. In Dublin, up to 100,000 people gathered to mark their dissatisfaction with austerity policy. What particularly aroused anger was what was seen as the politicians ‘attempts to bring the residents behind the light and that it was Irish taxpayers who would have to pay for the government and banks’ mistakes. More and more questioned Prime Minister Brian Cowen’s leadership and the opinion figures of the largest Fianna Fáil government party dropped. Cowen also lost support within his own party. It also became clear that the work of the government coalition was cracking down. The Green Party said it wished to have a parliamentary election in January 2011 after Parliament had taken its position on the budget.

Its first part, which included, among other things, even more tax increases, new pay cuts for civil servants and deterioration of welfare systems, was approved on December 7. However, the government refused to raise the low corporate tax rate to 12.5 percent.

The government forced Allied Irish Banks to announce plans to pay out EUR 40 million in bonuses to some of its top executives. At the end of December, the state took over the debt-laden bank with the help of money from the country’s pension funds. It thus became the fourth Irish bank nationalized.

Gradually it looked as if the parliamentary elections would be held as early as March 2011. Fianna Fáil was reported to have had the Green Party agree to a postponement by promising that new climate legislation would be adopted before the election.

Many Irish people, especially young and well-educated people, left the country to work abroad. It was estimated that around 100,000 Irish people would leave during the year. But there were also examples of companies that went well, most of them foreign-owned IT companies. These companies could have lowered their costs for real estate and labor while benefiting from the low exchange rate for the euro.

According to softwareleverage, the revelations about pedophile scandals within the Catholic Church in Ireland continued to attract attention during the year. In March, Pope Bishop John Magee approved the dismissal application. He was one of the high-ranking church leaders who, in the so-called Murphy Commission Report of 2009, was accused of darkening the abuses committed by priests and others within the church during the years 1975–2004. Later that month, the Pope apologized to the victims. In May, he ordered a papal visitation of the Irish Catholic Church, where one would find out how the church leadership acted but also enter into a dialogue with organizations representing the victims and their families.