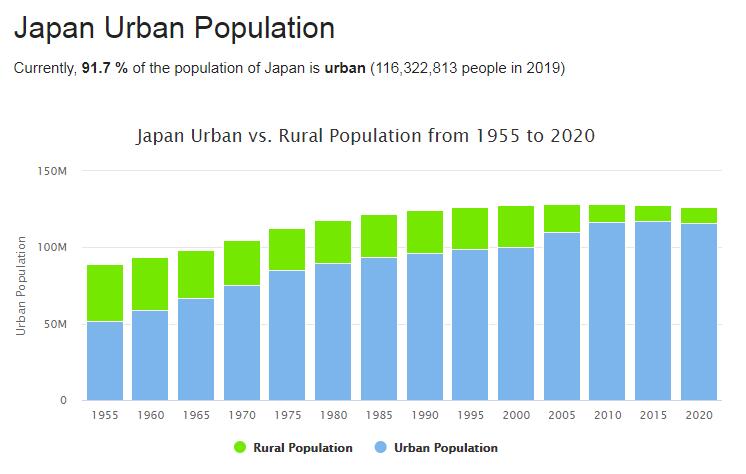 Japan. Uncertainty about how Japan’s security policy and sluggish economy would be handled led to the change of prime minister in June. Naoto Kan became the country’s fifth head of government in just four years. Like his predecessor Yukio Hatoyama, he came from the Democratic Party (DPJ), which came to power after a landslide victory in the 2009 election.

Kan’s wife published a book titled: “In what way does something get better with you as Prime Minister?” By the end of the year, Kan’s opinion support was only 23.6 percent. Disappointed Japanese obviously shared her skepticism.

According to COUNTRYAAH, Japan has a population of 126.5 million (2018). Justice Minister Minoru Yanagida was forced to resign on November 22. He was considered to have taken on his task too easily by jokingly stating that troublesome issues can be rejected in two ways: “I refuse to comment on individual issues” or “The issue is handled appropriately”.

Economic development remained weak. GDP growth for 2010 was 0.5 percent. The interest rate was kept at 0 percent to stimulate the economy. Government debt was astronomically 225 percent of GDP. The lack of dynamics helped China take over Japan’s second place in the world economy in August.

In the technical area, a disappointment was also noted: Japan failed to get its space probe Akatsuki to orbit Venus in December as planned.

One important reason for Hatoyama’s fall was that he failed to make his promise to move the US navy base from Okinawa. The locals on the island have long complained about the noise and crime caused by the US presence. But China’s and North Korea’s military force demonstrations and US resistance forced Hatoyama to retreat. In May, after a meeting with US Secretary of State Hillary Clinton, he declared it impossible to move the base.

Neither could Naoto Kan be able to push through the move as the tension increased. On the contrary, he agreed with the United States to strengthen military cooperation.

At Senkaku (Chinese Diaoyu), an island group that both Japan and China claim, it was named until September 7. A Chinese trawling boat collided there with two Japanese patrol boats. The Chinese crew was arrested. China protested and demanded damages. Japan released the crew but otherwise refused to give in.

Some time after the incident, Japan was concerned by the decline in Chinese exports of rare earth metals, important for the production of IT items. However, China denied all connection to the conflict.

In January, the environmental movement Sea Shepherd tried to sabotage Japan’s whaling around Antarctica. Japan catches around 1,000 whales a year, officially for research purposes, but the meat has been found in markets.

The country’s consumption of bluefin tuna also worried about environmental movements. This species’s tender meat is sought after for sushi. The tuna organization ICCAT decided on November 27 a new quota, which pleased Japan when it meant a moderate reduction.

According to softwareleverage, Japan’s dolphin capture was attacked in the Oscar-winning documentary “The Cove”. The film faced difficulties in appearing in Japan.

2003 was marked by one long trade policy conflict with the United States. The Bush government had imposed a 30% duty on steel products, and it particularly affected Japanese manufacturers. Japan’s Minister of Commerce, Soichi Nakagawa, threatened the United States to impose sanctions on goods from the United States if the superpower failed to comply with WTO decisions, setting November as a deadline. It was only after pressure from the EU, China, Brazil, Japan and several other countries as well as the WTO that the United States lifted the disputed tariff on 4 December.

The same month, the Japanese government announced its intention to set up a North American missile shield – “purely defensive”. This immediately sparked protests from China, which had also protested in May, when the Prime Minister declared during a Senate meeting that Japan’s self-defense forces were, in fact, “Japan’s army.”

In February 2004, the Japanese government decided to send a contingent of “non-combatant” soldiers to Iraq. The move was criticized by the opposition for being unconstitutional, but the government adhered to a 1992 law and the deployment of peacekeeping troops to Cambodia in the 90s. But the broadcast was in fact the first deployment of Japanese soldiers to a combat zone since World War II.

On August 9, 4 people died and about 7 were injured by accident at the nuclear power plant Mihama 350 km west of Tokyo. The accident happened when a leak occurred in one of the plant’s turbines, causing hot steam to flow out. However, the authorities did not believe that a radioactive leak occurred. The work had been built 30 years earlier. Acc. the owner of the plant, Kansai Electricity Company, was due to the release of steam that there was no water to cool one of the turbines. The accident was the most serious since the radioactive spill at the Tokaimura nuclear plant, 140 km northeast of Tokyo in 1999, in which 2 people were killed. The accident sparked renewed debate about Japan’s dependence on nuclear power, accounting for 30% of the electricity supply. Opinion polls indicated that half the population wanted the number of nuclear power plants in the country – 52 – should be reduced.

In October, the typhoon Tokage cost 48 people lives, 200 injured and dozens of missing. It was the most powerful typhoon that had hit Japan in more than a decade. Tokage reached wind speeds of 229 km/h and led to the evacuation of thousands of people. The typhoon was weakened when it reached Tokyo, causing only limited destruction before it swung out over the ocean. But the southern part of the country was hit hard. Schools were closed and public transport canceled. About 1,000 domestic flights were suspended, affecting 127,000 passengers. Tokage is the Japanese word for lizard, and was the 10th typhoon to hit the country in 2004. This year, typhoons cost a total of over 150 Japanese lives.

In January 2005, the government appointed a working group of academics and legal experts to assess a change to the throne law that will allow Princess Aiko to become a throne in three years. She is currently the only child of the emperor couple.

The publication of Japanese educational books that diminished Japan’s war crimes abroad in the first half of the 20th century triggered in 2005 the worst diplomatic crisis in relations with China for several decades. From late March and through several weeks, tens of thousands of Chinese took part in anti-Japanese demonstrations in several Chinese cities. The crisis was compounded by Japan’s attempt to secure a permanent seat on the UN Security Council and because of disagreements over the right to oil extraction in the East China Sea.

At the September parliamentary elections, Koizumi’s LDP got a comfortable majority with 296 seats out of the Parliament’s 480.

At the same time, the economic crisis triggered in 1998 as a result of the financial collapse the previous year triggered a sharp increase in the number of suicides, increasing from 24,000 annually to 30,000. In December 2005, the government devised a plan to reduce the number of suicides. The plan operates with a reduction of 8,000 over the next decade. The plan sets out a wide range of services: promoting psycho-educational counseling in the education sector; increased awareness of mental health in the workplace; building railings on the platforms of the train stations with the aim of reducing the possibility of the suicide candidate to jump out in front of a train; free distribution of software filters that can filter the internet guides in suicide from. In previous years, an increasing number of Japanese had committed collective suicides over the Internet.