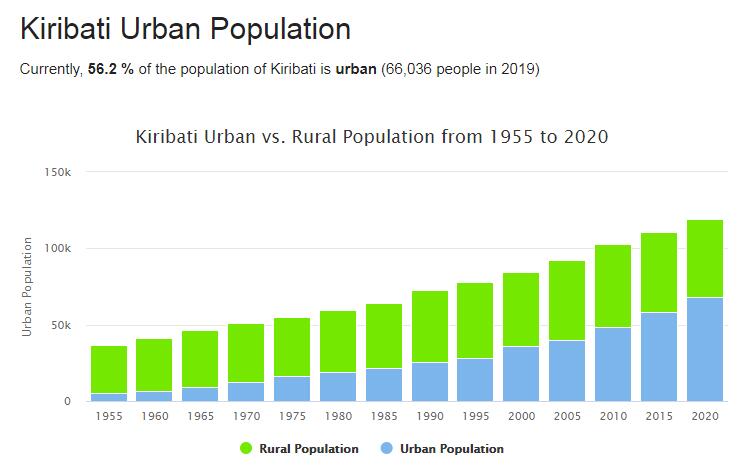 According to softwareleverage, Kiribati and other low-lying island nations in the Pacific are not sinking as fast as scientists have previously claimed. The islands are growing instead, according to a geological study presented in the scientific journal Global and Planetary Change in June. The study, made by researchers from New Zealand and Fiji, is based, among other things, on aerial photographs and satellite images taken on 27 islands over 60 years. The study shows that most of the islands have retained their former lands and some have even grown. Several of Kiribati’s islands have grown, as have islands in Micronesia and Tuvalu. This could have been done by sediment and debris from corals creating new land surface. Researchers have previously said that Kiribati and other low-lying island nations will be uninhabited in the 2050s. According to the new study, it may instead take at least 100 years for residents to move. All researchers seem to agree that the islands, especially Kiribati, Micronesia and Tuvalu, are threatened by rising sea levels, but the views go beyond how acute the threat is. The researchers behind the study point out that even though the islands remain longer than previously thought, they may not be habitable in the long term.

According to COUNTRYAAH, Kiribati has a population of 115,847 (2018). A Kiribati researcher warned against lulling people into a false notion that erosion and flooding would not be a major threat to the country. During the year, Kiribati prepared for the UN Climate Conference in Mexico at the end of 2010. In a speech before the UN General Assembly in September, Kiribati President Anote Tong appealed to world leaders to work to obtain a binding climate agreement at this conference, which failed at the climate summit in Copenhagen 2009.

In early November, a preparatory climate meeting was held in Kiribati, in which 15 countries participated. Twelve of the countries, including Brazil and China, adopted the so-called Ambode Declaration, which called for expanded and immediate measures to address climate change. Canada, the United Kingdom and the United States only participated as observers at the conference and therefore did not sign the declaration.