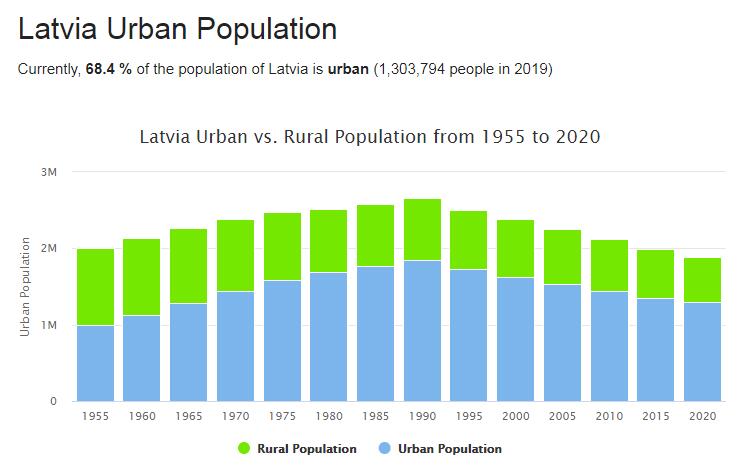 Latvia. The deep economic crisis and the severe budget cuts hampered the government’s cohesion. In March, oligarch Andris Skele withdrew his party, the People’s Party, from the coalition. However, Prime Minister Valdis Dombrovskis continued to rule in the minority and managed to remain in office until the autumn parliamentary elections.

Before the election, Andris Skele and the People’s Party merged with another oligarch, Ainars Slesers, and his party. Both had struggled with declining opinion figures and now formed the party alliance For the Best of Latvia.

According to COUNTRYAAH, Latvia has a population of 1.92 million (2019). The Russian-dominated Social Democratic Party Harmonic Center led the opinion and surprisingly looked to win the election in October. But ethnic voting put a stop to it. Many letters dissatisfied with the government’s cuts did not dare to vote for the Social Democratic opposition, for fear of having a Russian-dominated government. They chose what was seen as the least bad alternative by the Latvian-dominated parties, Prime Minister Dombrovski’s Unity Alliance.

Dombrovskis himself received the most personal crossroads in the election, a sign that despite his austerity, he had confidence as a corrupt politician. The Unity Alliance won the election by just over 31 percent of the vote. In second place came the Harmonic Center with 26 percent. The League of Green and Peasants gained close to 20 percent, while the National Alliance and For the Best of Latvia had to settle for just over seven percent each.

Prime Minister Dombrovski invited the Russian-dominated Harmonic Center to talks on government cooperation. In doing so, he broke a taboo in Latvian politics. But the Unity Alliance was divided in the view of the Harmonic Center and shortly after the invitation came conditions that the Harmonic Center would recognize the Soviet empire in Latvia as an occupation. According to softwareleverage, the Harmonic Center refused, harsh words were exchanged between the parties, and the conflict over history made it impossible for a right-left coalition.

Instead, the National Alliance, dominated by the extremist Nationalist Party for Latvia, would join the government. But part of the disagreeable Unity Alliance vetoed it, and everything for Latvia was put aside. Prime Minister Dombrovski’s Unity Alliance then formed a government with a single coalition party, the League of Greens and Peasants, controlled by the corruption-accused oligarch Aivars Lembergs.

The coalition gained a majority with 55 of Parliament’s 100 seats. The day after the government took office, a scandal erupted in which the new Foreign Minister Girts Valdis Kristovskis was accused of having supported extremist nationalist views, as one of the party’s contributors in exile expressed. The opposition demanded distrust, but Kristovsky won the vote in parliament.

The deal weakened the government, whose ability to hold together was questioned. The first political test was new budget cuts and tax increases to keep the 2011 budget deficit at a maximum of 6 percent, a condition of the International Monetary Fund (IMF) and other international lenders.

After the GDP race of 18 percent the year before, the economy hit the bottom at the beginning of the year and turned up again in the second quarter. In the third quarter, the economy grew by 2.7 percent compared to the same period the year before. It was the first growth of its kind since the financial crisis hit Latvia in its grip in 2008. Growth increased the state’s tax revenue, and the cuts did not have to be as severe as feared. The government explained that the international loan of € 7.5 billion did not need to be used entirely.

In December, President Valdis Zatlers made an official visit to the Russian Federation, the first of a Latvian head of state since 1994, when the Soviet military left Latvia. The leaders of Moscow showed a willingness to increase trade and improve political relations with Latvia. It was decided on a joint history commission, which will discuss, among other things, the differences in views on the Second World War.