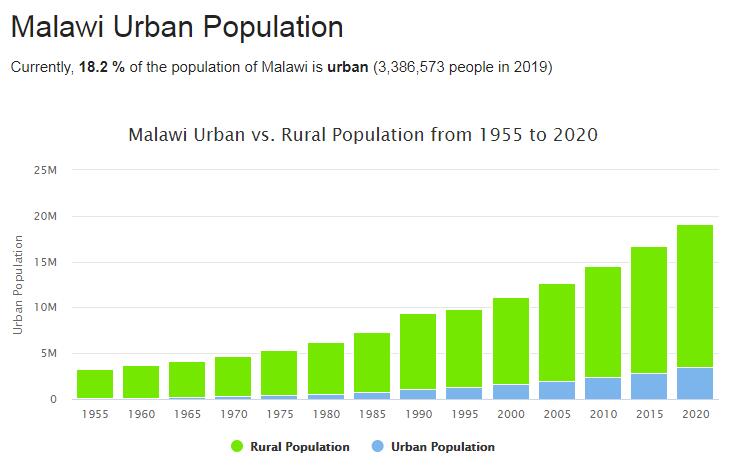 Malawi. A sentence of 14 years in prison with hard work for a gay couple was met with outrage in the outside world. The two men, who were arrested in December 2009 after announcing their engagement, were found guilty of gross indecency and unnatural behavior. Probably because of the harsh criticism from key donors, President Mutharika decided a week later to pardon the men. The President has previously spoken contemptuously of homosexuality.

According to COUNTRYAAH, Malawi has a population of 18.14 million (2018). The president’s decision to change the country’s flag at short notice caused a lot of criticism within the country. The former black-red-green flag with a half, red rising sun in the black field was replaced by a red-black-green flag with a full, white sun in the middle. The president justified the change with the fact that the country cannot be at dawn for almost half a century after independence. The fully brilliant sun should represent the progress that has been made, the president said, but received criticism for the change of flag costing unnecessarily much money and should have been preceded by a public debate and preferably a referendum. The answer was that prosecution will be brought against those who hoist the old flag.

In October, a vessel transport route was opened along the Shire and Zambezi rivers from Nsanje in southern Malawi to the port city of Chinde in Mozambique, a distance of 24 km. According to softwareleverage, the new transport opportunities are expected to greatly facilitate Malawi’s trade and save billions of dollars each year.

Infant mortality remains high and life expectancy at birth is rather low: both indicators are influenced by the size reached by the spread of AIDS (which caused 13,000 deaths per year in the period 1985 – 1990, which rose to 90,000 in 2000-2005). In 2003, 14 % of the population was affected according to internal sources, or 30 % according to estimates by international health organizations. He criticizes the food situation, aggravated, after 2002, from recurrent agricultural crises: in this field the country no longer appears self-sufficient, and according to FAO sources, at least one third of the population is undernourished (even half in the southern regions).

The economy is heavily dependent on funding from international organizations, and at the end of 2000 the World Bank included Malawi among the Heavily Indebted Poor Countries (HIPC), launching an extraordinary aid program. Agriculture occupied in the 2003 ‘s 81.7 % of the labor force (one of the highest percentages in the world) and contributed more than the’ 80 % lean to exports. Mainly maize is produced for local consumption and tobacco for export. The contribution of industry is modest (4.5 % of the workforce and only 16.1 % of GDP), mostly aimed at the local market.