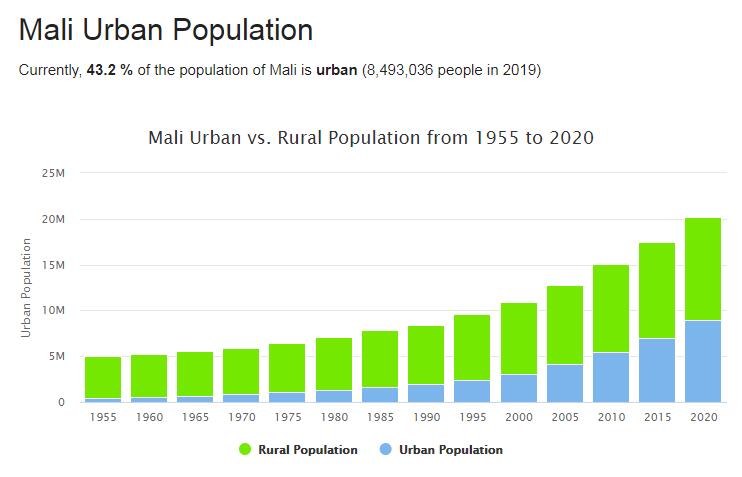 Mali. According to softwareleverage, Mali authorities received harsh criticism from several neighboring countries after releasing four members of the al-Qaeda terrorist movement in Islamic Maghreb (AQIM) in February after threatening to kill a Frenchman taken hostage. Algeria and Mauritania temporarily called their ambassadors from Bamako in protest against the releases, which, according to the Mauritanian government, exposed the entire region to great risks.

According to COUNTRYAAH, Mali has a population of 19.08 million (2018). AQIM, the majority of which are Algerians, has in recent years conducted a series of kidnappings of Westerners in the desert areas of Algeria, Mauritania, Mali and Niger. The four countries, trained in counter-terrorism by US experts, decided in April to establish a joint military headquarters in the southern Algerian desert town of Tamanrasset to coordinate efforts against AQIM. Several Western governments warned their citizens to travel to northeast Mali, which, among other things, hit hard on ongoing aid projects.

In early November, Mauritanian soldiers came to northern Mali for the first time to patrol the desert there along with Malian allies.

The average population density (10.2 residents / km 2) is very low. Three quarters of the residents and almost the entire urban population are concentrated in the central-southern region, the so-called Mali useful, in terms of agricultural potential. The demographic rarefaction is greatest in the Saharan plains, which occupy more than half of the territory and constitute the sphere of the shepherd peoples, essentially the Tuareg, who nomadicize between the Adrar massif and the Niger bend. The Tuareg have never accepted to submit to the political domination exercised by the largest ethnic group, the Mandingo, and have rebelled several times against the power of Bamako. The Mandingo group forms 40% of the population and includes the Bambara (30%), whose language tends to become the vehicular language of Mali, the Malinke and the Soninke. In the central part of the Niger basin there are also the Peul (10%). The other ethnic groups are part of Voltaic families, such as the Senufo, or Sudanese, such as the Dogon. The demographic increase (2.7% per year in 2008) is very strong (due to a fertility rate that exceeds 6 children per woman) and fuels intense migratory flows, both seasonal towards neighboring countries and stable towards Europe. (France mostly). Living conditions are precarious for most of the population, as evidenced by the rearguard position (173 ° place out of 177) occupied by Mali in the world ranking (2005) of the United Nations human development index (life expectancy at birth: 53.1 years; literacy rate: 24%; effective per capita income: $ 1033).

The official language remains French, but Bambara is a national language and coexists with another ten languages ​​spoken by the larger groups; Northern nomads speak Arabic or Berber languages.

Almost all of the population is Sunni Muslim; the rest are animist, with a small Christian minority.