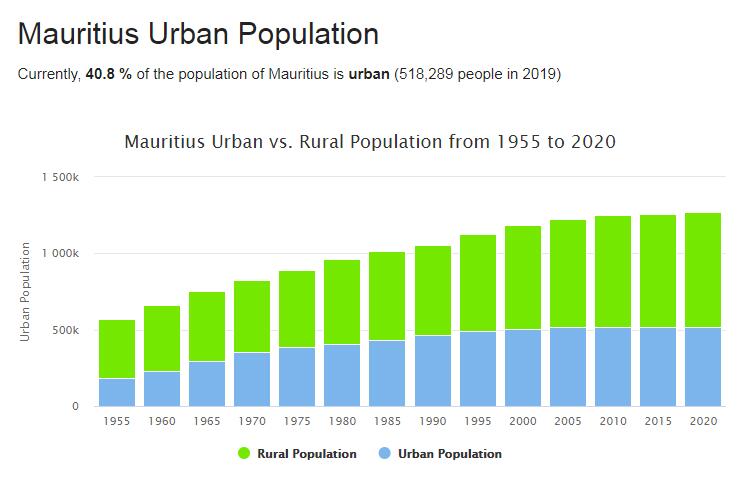 Mauritius. In the May 5 parliamentary elections, the Alliance of the Future (L’Alliance de l’Avenir) won. The Alliance, which the ruling Labor Party had formed before the election together with the Mauritanian Socialist militant movement and the Mauritanian Social Democratic Party, got 41 of the 69 seats in Parliament. The main opponent was the opposition Alliance du Coeur (Alliance du Coeur), which included Mauritius militant movement, the National Union and the Social Democratic movement. The opposition, led by former Prime Minister Paul Berenger, received 18 seats.

According to COUNTRYAAH, Mauritius has a population of 1.265 million (2018). Over 500 candidates competed for the 62 elective seats. The other seven mandates were distributed among the candidates who were not elected, according to a system in which the “best losers” also get a seat in Parliament.

Among the most important issues were economic reforms, corruption, ethnicity and drug trafficking. The turnout was high, around 78 percent. With the victory of the government side, Navin Ramgoolam was able to continue as prime minister. His new government was sworn in on May 11.

In June, Mauritius and France signed an agreement to jointly manage Tromelin, a small island in the Indian Ocean controlled by France, but claimed by Mauritius and Madagascar. The island is uninhabited and is off the eastern coast of Madagascar.

According to softwareleverage, Mauritius’ strained relationship with Britain deteriorated if possible in April, when British Foreign Minister David Miliband announced that the disputed Chagos Islands would become the world’s largest marine reserve. The Chagos Islands in the Indian Ocean are controlled by Britain, but Mauritius, which has previously administered the islands, claims them. Mauritius Foreign Minister Arvind Boolell expressed his anger in the media that the British government made the decision on the reserve without asking the Mauritius government. Representatives of the displaced Chagos residents said the project would hamper their ability to move back to the islands as fishing will be banned in the reserve. Fishing was the main supply of the Chagosborn before being forced out of the islands.

The conflict between Mauritius and the UK dates back to 1965 when Britain leased the Chagos Islands’ largest island, Diego Garcia, to the United States that built a military base there. Britain forced the approximately 2,000 Chagos to move to Mauritius, 20 miles southeast of the islands. Many of them are living in poverty today, while others are refugees in the UK.

The indigenous people of Chagos have long struggled to move back to the islands, but Britain has said no, citing international security. The Diego Garcia air base was most recently used during the US-led wars in Afghanistan and Iraq and has also recently housed prisons for US terror suspects.

The most recent decision on the Chagosborn relocation was made in 2008. At that time, the Lords, the UK’s highest legal body, said no to relocation. The matter now lies with the European Court of Justice in Strasbourg.

Miliband claimed that the issue of the reserve does not change anything.