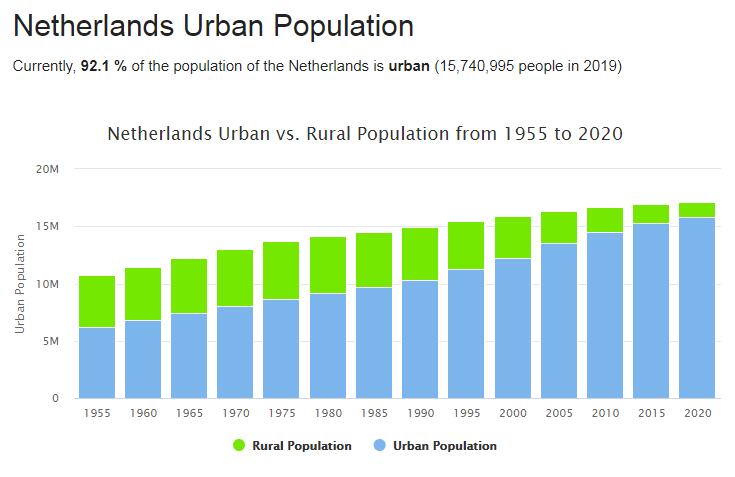 Netherlands. The three-year-old coalition government burst in February because of disagreements over the military operation in Afghanistan. NATO wanted to keep close to 2,000 Dutch soldiers. Prime Minister Jan Peter Balkenende’s Christian Democratic Party CDA advocated extended mandate for the troops, but the Social Democratic Labor Party bluntly refused. When no compromise could be reached, the Labor Party left the government. The CDA and the small party Christian Union, CU, remained in a minority government until its new elections were held in June.

According to COUNTRYAAH, Netherlands has a population of 17.28 million (2019). The election result changed the political landscape significantly. The Christian Democrats lost almost half of their seats and came in fourth place, a record-breaking result that prompted Party leader Balkenende to resign immediately. The right-wing Liberal VVD was by far the largest, with just over 20 percent of the votes against just under 20 percent for the Labor Party. The biggest change was the right-wing populist and Islamist anti-Freedom Party, PVV. The party nearly tripled its mandate and became the third largest party. After the election, Deputy Leader Mark Rutte was commissioned to try to form a government.

In August, the last soldiers left Afghanistan, after four years of participation. The Netherlands became the first of the NATO countries to withdraw from the US-led operation.

The government negotiations ended in October, four months after the election, with the formation of the first minority government since the Second World War. The VVD was part of a coalition with the CDA, supported by the Parliament by the PVV. In exchange for its support, PVV received demands for, among other things, more police and a ban on Muslim-wide veil, so-called burka. Among the Christian Democrats, the concern was great about being part of a government supported by the xenophobic PVV. Two CDA members in Parliament hesitated long before they said yes. Together, the three parties had only 76 of the 150 House seats. The government was criticized for male dominance; only 4 out of 20 ministers were women. Mark Rutte became new prime minister.

About the same time as PVV leader Geert Wilders became king, the first negotiations began in a long-planned trial against him. Wilders was charged with hate and discrimination against mainly Muslims through a wide range of public statements. Prosecutors pleaded for a restraining sentence. They felt that his statements were directed at Islam, rather than Muslims, and thus constituted legal religious criticism.

In line with the Nazi PVV party, the country tightened its refugee policy several times during 2016. the list of “safe countries” refugees could be immediately sent to.

In March 2017, Turkey tried to send ministers to the Netherlands to lead an election campaign in favor of a yes by referendum on greater powers for the president. However, according to softwareleverage, the Netherlands prevented the entry of the ministers, triggering a diplomatic crisis between the two countries used by Turkish President Erdogan to stir up a nationalist sentiment against the Netherlands – and for his own benefit. Erdogan banned the Dutch ambassador from returning to Turkey and allowed protesters to storm the Dutch consulate. The crisis illustrated that Erdogan eventually did not care about Europe and was only interested in his own national political career. There were similar conflicts elsewhere in Europe.

The parliamentary elections in March 2017 became a slaughter bench for the Social Democracy Labor Party, which lost 29 seats and had to settle for 9. The result placed it in a 7th place among the parliamentary parties. Like many other places in Europe, its old voters concluded that when it would still pursue a neoliberal anti-immigrant policy, they might as well vote for the pure commodity, or for a left-wing party. Thus, the Greens (GroenLinks) went 10 mandates up to 14; the liberal D66 went up 7 seats to 19; the Christian CDA advanced 6 mandates to 19; and the Nazi PVV under the leadership of Geert Wilders went 5 seats up to 20 and thus became the second largest party. The other major loser of the election was the Conservative VVD, who went back 8 seats to 33. The left wing of the SP went 1 back to 14.

The complicated election result meant that it took the VVD’s Mark Rutte 7 months to form government. Only in October was he able to present a coalition government consisting of the right-wing parties VVD, D66, CDA and CU.