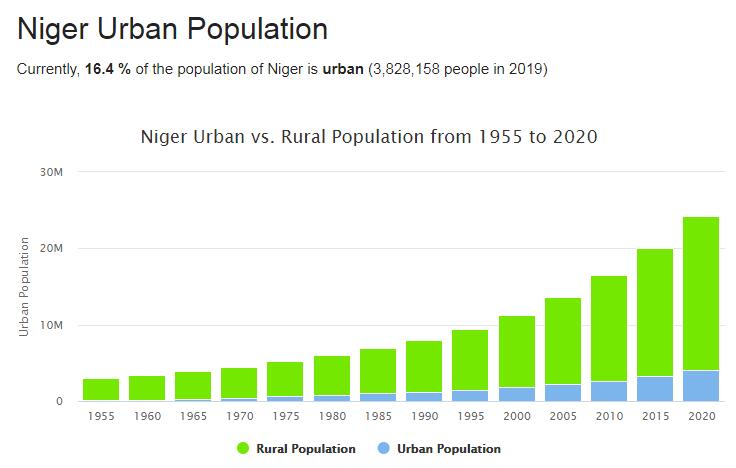 Niger. President Mamadou Tandja was deposed in a military coup on February 19. About ten people were killed in fighting in connection with the coup. The new military junta, which called itself the Supreme Council for the Restoration of Democracy (Conseil Suprême pour la Restoration de la Democracy, CSRD), placed Tandja and his ministers in house arrest and repealed the constitution.

According to COUNTRYAAH, Niger has a population of 22.44 million (2018). Tandja himself had made amendments to the constitution in 2009 in order to be re-elected. For that he had received harsh criticism internationally, but even the coup against him was condemned abroad and large amounts of aid were frozen. The African Union suspended Niger. However, the new junta was received with enthusiasm within the country, especially as it promised a swift return to civilian rule.

The leader of the CSRD, and thus the provisional head of state, was a major unknown to the public by the name of Salou Djibo. Former Minister of Communications Mahamadou Danda was appointed to lead a new government, largely composed of civilians.

In addition to arresting many leading politicians with close ties to Tandja, the junta also dismissed 20 high-ranking officials at state-owned companies in the uranium and oil industries, among others.

In June, a new electoral commission was appointed with the task of organizing new elections in early 2011. A constitutional council, appointed by the junta and with representatives of the political parties and social organizations and legal experts, wrote a new constitution approved by the government in August. The President shall henceforth be allowed to sit for a maximum of two five-year terms. The Constitution attaches great importance to the publication of all contracts for mineral extraction and to the prohibition of secret clauses. The state will increase its share of the income natural resources provide and companies will be required to employ domestic labor to a greater extent. At the end of October, the new constitution was approved by more than 90 percent of the participants in a referendum.

Before that, plans for a coup against the coup makers had been revealed. Four Junta members as well as the head of the intelligence service were arrested in October accused of planning to murder Salou Djibo and abort the return to democracy.

Alongside the political drama, Niger suffered an acute supply crisis following failed harvests. About 8 million people, or about half the population, were reported to suffer from food shortages. The United Nations Food Program, WFP, increased its distribution of food to 4.7 million people. In August, the crisis was exacerbated by extensive flooding, which destroyed the crops that have survived the drought. Thousands of livestock drowned.

According to softwareleverage, Niger also had problems with the Algerian terror group al-Qaeda in the Islamic Maghreb (AQIM), which operates in the Sahara desert. In February, AQIM killed five soldiers in a suicide attack against an army posting in western Niger and in September kidnapped seven foreigners – five Frenchmen, one Togoles and one Madagascan.

Niger is one of the most depressed states on Earth, so much so that it occupies one of the last places in the world ranking of countries classified in descending order with respect to the human development index drawn up by the United Nations which effectively expresses the level of economic and social development, combining the data (2008) of the average life expectancy at birth (44 years), the literacy rate (29%) and the per capita income adjusted for the purchasing power capacity (700 dollars).