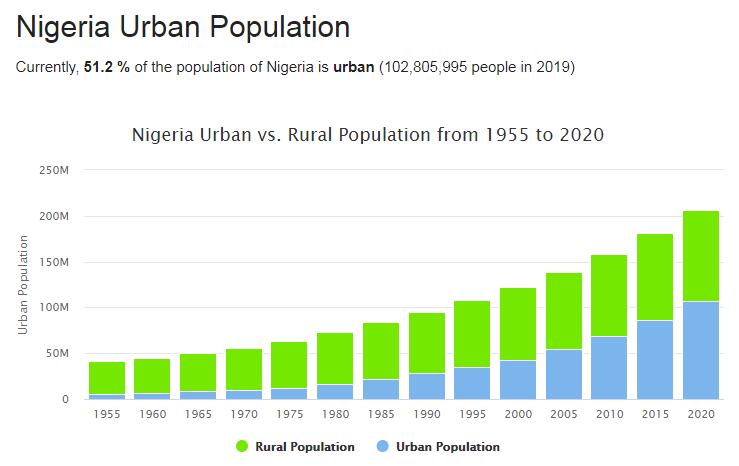 Nigeria. President Umaru Yar’Adua passed away in May. He was admitted to a hospital in Saudi Arabia in November 2009 for heart problems and his long absence created a power vacuum that during the winter began to be troublesome. The rules for when, and under what circumstances, a sick president had to be replaced were unclear and it was until mid-February before Parliament gave Vice President Goodluck Jonathan the power to step in as interim head of state.

Jonathan quickly put his own stamp on politics through an extensive government reform, leaving only a handful of Yar’Adua’s ministers left. He also dismissed the head of the state oil company NNPC and reinstated the man that Yar’Adua had dismissed in 2009.

According to COUNTRYAAH, Nigeria has a population of 195.9 million (2018). Umaru Yar’Adua returned two weeks after Jonathan’s takeover, but was too ill to be able to resume his work. Just over two months later he passed away. Jonathan appointed Namadi Sambo as Vice President on the principle that power should be shared between Christians from southern Nigeria and Muslims from the north.

In principle, campaigns began immediately before the general elections in 2011. Jonathan announced his intention to run in the presidential elections in September, and in the same vein, the Nobel laureate in literature, Wole Soyinka, announced that he had formed a new party, the Democratic Front for a People’s Federation. Soyinka said the party wants to strengthen young people’s future faith and take the lead in the fight against corruption. However, he is not to be a candidate for any post himself.

At the beginning of the year, the area around the city of Jos was shaken by repeated clashes between Christian and Muslim groups, believed to have claimed a total of over 400 casualties. Religion, however, should have played little role in the unrest, which was reported to have been triggered by cattle theft. Rather, the violence was a result of an increasingly common competition between herdsmen and farmers in countries with reduced access to land.

The rebel movement MEND (the Niger Delta Liberation Movement), believed to have more or less put down its weapons, said it had been behind a series of car bomb attacks in the capital Abuja in connection with Nigeria’s celebration of 50 years of independence. At least 12 people were killed in the attacks. In October-November, the army conducted raids in the Delta area and arrested hundreds of suspected members of leagues specializing in kidnappings. Dozens of people were exempted, most of the oil workers but also schoolchildren who were robbed.

The extreme Muslim sect of Boko Haram, which appeared to have been crushed by the security forces in 2009, released at least 700 prisoners in September in a raid against a prison in the city of Maiduguri. About 150 sect members were among those who managed to escape. In the following weeks, the sect carried out a series of attacks against police stations in the region.

In April, Nigeria’s 36 state governors recommended that sentenced death sentences be enforced to reduce overcrowding in prisons. Officially, no executions have been carried out since 2002 but are believed to be done in secret.

After its liberation in 1960 and until 1999, according to softwareleverage, Nigeria was characterized by frequent shifts of power, most often through military coups. From 1999, the country has had a continuous period of democracy and peaceful, civilian change of power.

The country is still characterized by violence, carried out by both state and non-state actors. Political violence has been linked to elections. Three conflicts have characterized the period after 1999: Resource conflicts over oil in the Niger Delta, land conflicts in the Middle Belt and the conflict with Boko Haram in the northeast.

Death row over protesters in Lagos

At least 12 people were shot dead as security forces opened fire on two demonstrations in the country’s largest city, Lagos. The protesters had defied a curfew imposed the day before. Several African states and international organizations condemn the brutal violence. According to Amnesty International, a total of 56 people have been killed since the protest wave began on October 8. Although President Muhammadu Buhari bowed to the demand to disband a special police force, the demonstrations have grown in strength and spread across the country (see October 11).). Lagos with its 20 million inhabitants has been paralyzed as protesters have occupied important traffic routes. The young Nigerians in the protest trains, who have been largely peaceful, are demanding far-reaching political reforms. In the days after the fatal shootings, violence is reported around Nigeria. Properties are set on fire, grocery stores and state stocks of food are looted. Police and the army patrol the streets. The president calls for peace but does not comment on the fatal shootings. An independent investigation has been tasked with investigating the incident.

About 1,500 internally displaced people who have fled fighting in the northeastern parts of the country are being bussed home to the fishing community Baga. The government’s policy is that all internally displaced persons, estimated at two million, should return to their homes despite the unrest in the region being far from over.

Special unit within the police disbanded after protests

The police dissolve the special unit (Sars) with immediate effect. The unit was formed in 1992 to combat armed robberies, kidnappings and other serious violent crimes, but members have in recent years been accused of committing abuses themselves. The police will launch an investigation into “crimes against citizens” for which the infamous Sars is accused. A few days before the decision, a campaign was launched on social media, and large demonstrations were held in several major cities, to get Sars and police violence off the streets. In June, Amnesty International publisheda report on suspected crimes by SARS police, including torture and extrajudicial executions. Despite the decision to dissolve Sars, protests against police brutality continue. It is mainly young adults who are out on the streets. They demand far-reaching police reforms and that young, modern adults be treated with respect. Hundreds have been injured and at least ten have died when police tried to disperse the protesters by force.

Several people are kidnapped near the town of Warri in the oil-rich state of Delta. Five vehicles were attacked in the attack and one person managed to escape. Kidnappings of foreign nationals, oil workers and wealthy Nigerians are common in parts of the country. The day before, five sailors from Russia, Ukraine and Equatorial Guinea were released and abducted in May. They were abducted off the coast of Equatorial Guinea but released in Nigeria.

Nigeria is celebrating 60 years as an independent nation. Due to the corona pandemic, the official celebration has been scaled down and only a few guests are present at the stadium in the capital Abuja when President Muhammadu Buhari inspects the troops. In a televised speech to the nation, Buhari talks about the many challenges facing the country: a crisis-stricken economy, the security situation in the north and a population that now exceeds 200 million. He deplores the decline of the police and the military and calls on the people for unity and peace.