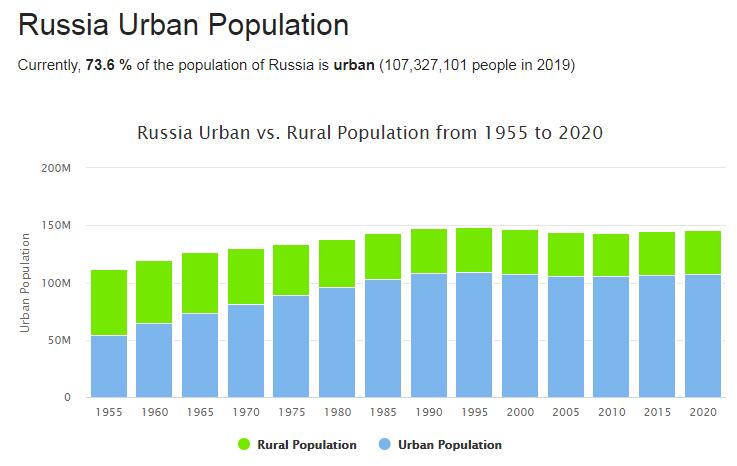 Russian Federation. The year was marked by a tug of war between the authoritarian state and growing opposition movements. There were some signs of democratic openings on the part of President Dmitry Medvedev, but a new prison sentence against Prime Minister Vladimir Putin’s political opponents once again darkened the picture.

In January, nearly ten thousand people demonstrated in Kaliningrad demanding the departure of Prime Minister Vladimir Putin. It was the biggest protest in the Russian Federation in several years. According to COUNTRYAAH, Russia has a population of 144.5 million (2018). High unemployment and sharply expensive municipal services caused growing dissatisfaction, and similar demonstrations were held in several cities.

The opposition made it 31 every month with 31 days to protest day. It supported Article 31 of the Constitution, which guarantees freedom of assembly. The protests were carried out without permission and were brutally interrupted by police, who arrested many protesters.

Parliament’s lower house, the duma, voted in July through a contentious bill that extended powers to the FSB security service. The law was severely criticized by lawyers, and Medvedev’s human rights adviser left his post.

In September, a new political movement was formed under the name For a Russia without arbitrariness and corruption. Former Deputy Prime Minister Boris Nemtsov – who leads the opposition solidarity group – and former Prime Minister Michail Kasianov were in the lead. During the year, Nemtsov published a Putin-critical book, which the police seized in 100,000 copies.

On October 31, the opposition was unexpectedly allowed to demonstrate in Moscow. A lot of protesters were arrested, but the meeting was still seen as something of a breakthrough. President Medvedev also vetoed a law that would have restricted the opposition’s ability to organize new protests. But a week later, police officers from the Special Forces OMON strongly interfered with a demonstration, entirely according to Prime Minister Putin’s statement that anyone who demonstrates without permission can count on a baton in the head.

One of the Russian Federation’s best-known journalists, Oleg Kasjin, was assaulted and beaten by two unknown men in November. He suffered very serious injuries. Kashin had reported on the Chimski Forest outside Moscow, where activists had long protested against a controversial highway construction in a nature-protected area. Many of those who openly opposed the building had been threatened and beaten. President Medvedev, however, ordered the road construction to be temporarily halted in the autumn in order to investigate the environmental consequences. In November, hundreds of journalists and bloggers managed to get permission to demonstrate in central Moscow against the terror that many media people have been exposed to.

Ultranationalists and right-wing extremists clashed with people from the Caucasus in bloody riots in Moscow in December, after a football supporter was shot to death. The police arrested thousands of people, mostly Caucasians, and the regime accused the liberal opposition of paving the way for neo-Nazis and hooligans with their manifestations.

Just before the end of the year, the oil company Yuko’s former CEO Michail Chodorkovsky and one of his business colleagues were sentenced to six years in prison, accused of stealing oil for the equivalent of over SEK 200 billion and washing black money. They both would have been released in 2011 after previous prison sentences. The new ruling was criticized by the opposition and by Western countries as a political process against Prime Minister Vladimir Putin’s enemies. Putin had described Chodorkovsky as a criminal before the verdict. The verdict was appealed on the last day of the year.

The country’s worst heat wave in decades caused hundreds of forest fires during the summer, especially in the western part of the country. Moscow was swept into smog and the residents wore respiratory masks. The heat, the drought and the fires gave rise to misalignment, and a quarter of the grain harvest was lost. Multibillion amounts were allocated to farmers in crisis. According to softwareleverage, the Russian Federation stopped its large export of wheat, which contributed to higher world market prices.

The terror continued to plague the federation during the year. The worst attacks were two suicide bombings in the Moscow metro in April, when more than 40 people were killed and 80 were injured. According to police, the killing was carried out by two women and was believed to be revenge for a military operation against a village in Ingushia. At the same time, many policemen were killed in the bombing. Since the Russian military defeated most of the resistance in Chechnya, violence in the neighboring republics of Ingushia and especially Dagestan increased, with frequent assaults and many deaths. In North Ossetia, suicide bombers killed 17 people and injured over a hundred in September.

A Polish tragedy led to an unexpected rapprochement between the Russian Federation and Poland. In April, Prime Minister Putin visited the Russian city of Katyn with the Polish Prime Minister to honor the memory of the thousands of Polish officers massacred by the Red Army in 1940. Three days later, a Polish government plan collapsed with the Polish presidential couple and a number of leading Poles on their way to a memorial Katyn. Subsequently, the Russian Federation published secret documents on the Katyn massacre, and in November Parliament adopted a statement that the Katyn massacres were carried out on direct order by Soviet dictator Josef Stalin. The statement was described as historical. At the same time, President Medvedev signaled an upcoming stalinisation campaign. He explained that the past must be processed by opening secret Soviet archives and “perpetuating” the sacrifice of the totalitarian regime. President Medvedev visited Poland at the end of the year.

In May, the Russian Federation joined the UN Security Council in tightening UN sanctions against Iran for failing to suspend its nuclear program. Then Moscow stopped the sale of advanced anti-aircraft robots to Iran, something the US has long requested.

However, after Medvedev’s visit to the White House in June, a spy deal was unveiled in the United States, with ten people arrested by the US FBI’s suspected police spying for the Russian Federation.

Relations with China were strengthened. In August, Prime Minister Putin opened a new oil pipeline from Siberia to China, and in September, President Medvedev met his Chinese counterpart in Beijing for talks on new economic cooperation. The Russian Federation hopes to sell large quantities of gas to China in the future.

Moscow’s incumbent mayor Yuriy Luzhkov – an ally of Prime Minister Putin – ended up in disgrace with President Medvedev during the year and was subjected to media criticism and protest demonstrations. In September, he was dismissed by Medvedev, who was thus deemed to have proved that he could make decisions without Putin’s approval.