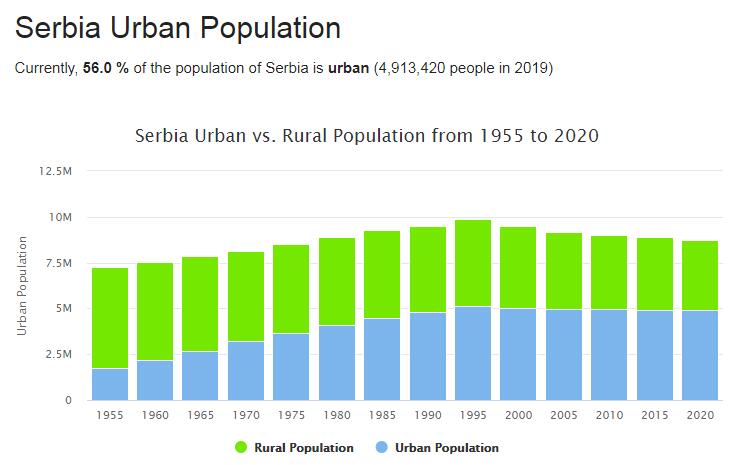 In March, Serbia apologized for the Srebrenica massacre in Bosnia in 1995, when several thousand Muslim boys and men were murdered by Bosnian Serb forces. Parliament adopted, by a marginal margin, a resolution condemning the massacre and apologizing to the victims’ relatives. The International Court of Justice in The Hague had ruled that Serbia had violated international law by not preventing the massacre. The excuse was assumed to facilitate Serbia’s road to the EU. However, the biggest stumbling block remained unsolved: the Bosnian Serbs leader during the war, the war criminal suspected Ratko Mladić, was still on the loose.

According to COUNTRYAAH, Serbia has a population of 6.964 million (2019). The government reacted with dismay and anger when the International Court of Justice in The Hague in July ruled that Kosovo’s unilateral declaration of independence in 2008 did not violate international law. According to softwareleverage, Serbia, who had turned to the court on the matter, stated that the message was not accepted. However, after pressure from the EU, Belgrade announced in September that direct talks with the state of the breakaway would begin.

The government’s west-friendly line aroused opposition, and extremists were accused of trying to hinder development by creating concern and chaos in the country. Ultranational forces were assumed to be behind two organized violence outbreaks in October. Pure crows broke out in Belgrade at a Pride festival for the rights of LGBT people. More than 100 people were injured, most of them police. A couple of days later, an EM qualifying match in football in Italy was blown off due to rape violence. Before the match, Serbian hooligans had attacked the Serbian player bus.

President Boris Tadić visited Vukovar in Croatia in November and apologized as the first Serbian leader for a massacre in the city in 1991. Together with his Croatian colleague Ivo Josipović, Tadić visited a memorial site for 260 people murdered by the Yugoslav army after searching for their refuge in a hospital.

Two of the men convicted in the absence of the 2003 murder of Prime Minister Zoran Đinđić were arrested during the summer. One was arrested in Croatia and became the first to be extradited to Serbia under a new agreement between the countries. The other was arrested shortly afterwards at the border. Long prison sentences awaited both, both for the murder of Đin mić and for several brutal mafia murders.