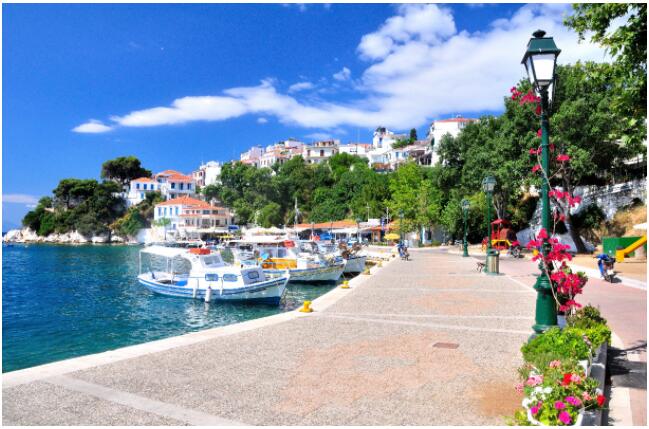 FLIGHTS, ACCOMMODATION AND MOVEMENT BY SKIATHOX

Skiathos has an international airport named after Alexandros Papadiamantis. The airport is located about three kilometers from the city of Skiathos.

Among travel agencies, Aurinkomatkat , among others, organizes package tours to Skiathos.

Skiathos has a lot of hotels, and tourists have a choice of cheaper inn accommodation such as high-quality family hotels and holiday homes.

Prices vary depending on the level of accommodation and the time of the trip: during the popular summer season, prices can be more than double what they would at other times, but on the other hand some hotels close their doors completely during the winter season.

The hotels are mainly located on the east and south coasts of the island as well as in the town of Skiathos, where the majority of the island’s residents also live. Rental villas can be found sprinkled along the south coast.

Buses are a convenient way to get between the hotel, the beaches and some of the attractions. From Skiathos Town there is a bus service to Koukounaries Beach and Evangelistria Monastery, for example. The trip costs some euros. Bus traffic is especially busy during the summer season.

Holidaymakers on the island should also consider renting a car. A rental car is the only option, for example, when you want to visit the beaches of the northern parts of the island and ride in the mountain scenery. Some beaches can also be reached by boat taxi. 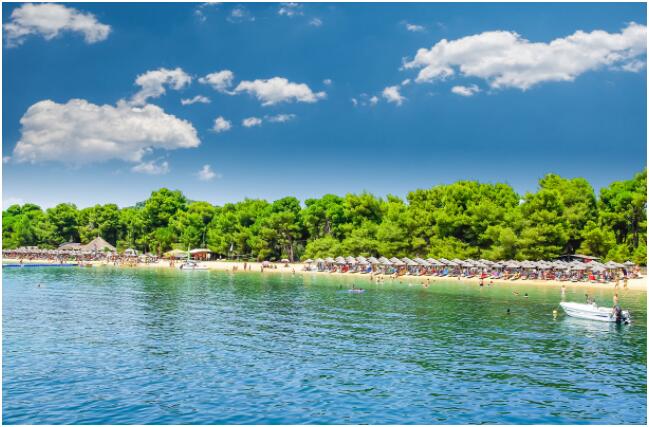 Koukounaries Beach is one of the most popular beaches in Skiathos.

Skiathos has several monasteries. One of the most interesting is the still operating Evangelistria Monastery, located a few kilometers from the town of Skiathos. The monastery can be reached by bus.

The most famous person in Skiathos is the writer Alexandos Papadiamantis, who lived from 1851 to 1911, and whose name adorns signs on the airport and pedestrian street, for example. The author’s life, production and residence can be explored at the Papadiamantis Home Museum in Skiathos town center.

The museum is open daily during the summer and the entrance fee is a couple of euros.

The town of Skiathos offers numerous day trips around the island. Excursions include Cape Kastro, Lalaria Beach and the island’s interesting caves.

Skiathos is also an excellent diving and snorkelling destination. Exploring the clear Aegean Sea is part of the holiday plans for many travelers. There are several diving centers in Skiathos that offer diving courses and excursions.

The island of Skiathos is also a great base for a sailing day, and sailing trips can be taken from Skiathos, among other places. Excursions are organized by Mamma Mia! for filming locations such as Chestnut Beach. 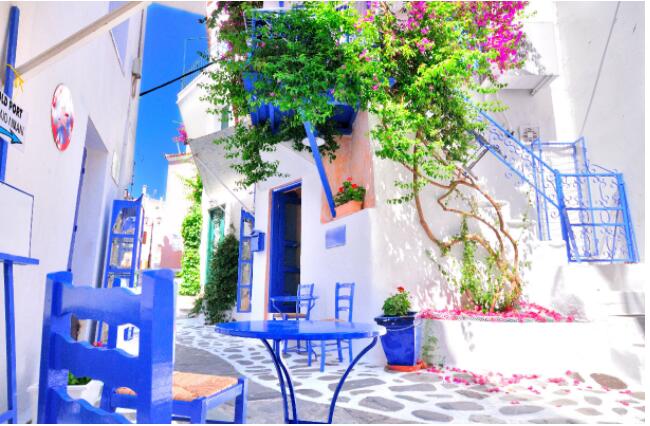 Skiathos represents the Greek idyll at its best.

Try these at Skiathos