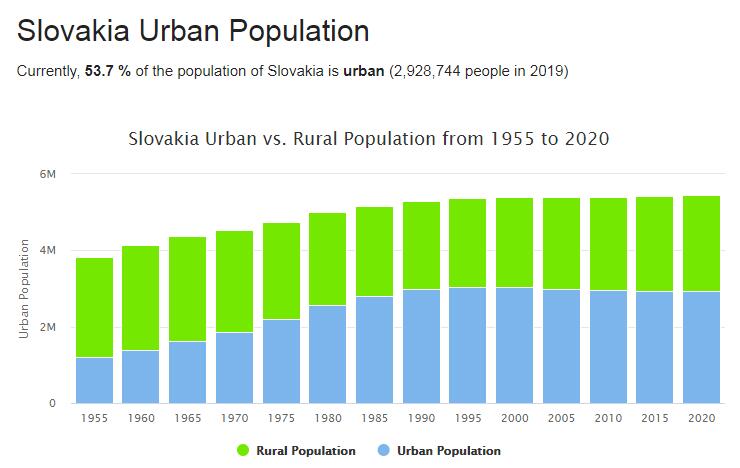 Slovakia. In March, President Ivan Gašparovič vetoed a contentious law aimed at strengthening Slovak patriotism. Among other things, the law required that the schools play the national anthem every Monday and that the flag should be in the classrooms. The law was a work of a nationalist party in the government coalition and received much criticism. But the president’s reason for demanding change was that the schools could not afford the flags and other national symbols required. According to COUNTRYAAH, Slovakia has the population of 5.45 million (2019). The Slovak National Party (SNS) that proposed the law saw it as a response to developments in neighboring Hungary, where nationalist politicians loudly criticized Slovakia’s treatment of its Hungarian minority. Among other things, a Slovak public servant who spoke Hungarian in the service could be fined. In Slovakia, between 500,000 and 600,000 ethnic Hungarians live.

When the extreme nationalist party Jobbik in the spring succeeded in the Hungarian parliamentary elections, Hungary’s new government proposed that ethnic Hungarians in neighboring countries such as Slovakia could have dual citizenship. The Slovak government described the proposal as an intervention in the country’s internal affairs, and Prime Minister Robert Fico called it a security threat. He accused Hungary of wanting to rewrite history, a reference to Hungary giving up most of its territory after the First World War, which led to the fact that large Hungarian minorities now live in neighboring countries.

The conflict with Hungary became a dominant issue in the electoral movement ahead of the Slovak parliamentary elections in June. In the election, one of the Hungarian minority parties was voted out of parliament, but even the previously successful nationalist and anti-Hungarian HZDS were voted out. The electorate seemed to reject the harsh nationalism and seek a more purely nationalism.

Despite the downturn in the economy in 2009 (almost 5 per cent of GDP minus), rising central government debt, the large budget deficit (around 7 percent) and accusations of illegal party financing, Prime Minister Fico’s Social Democratic Smer SD went ahead. The party increased from 50 to 62 seats and received 34.8 percent of the vote. The Conservative Party SDKÚ returned slightly but still came in second place with 29 seats and 15.4 percent. The new Liberal Party SaS received 22 seats and 12.1 percent. The Christian Democratic Movement KDH received 15 seats and the Hungarian minority party Most-Híd 14 seats. The nationalist SNS lost more than half of its mandate and had to settle for nine.

Fico hoped to be able to reign, but failed to gather a majority. Despite the s success, the center-right bloc was the largest in parliament. Iveta Radičová, leader of the center-right party SDKÚ, therefore succeeded in creating a majority government with 79 of Parliament’s 159 seats. The coalition consisted of SDKÚ, Christian Democratic KDH, liberal SaS and the Hungarian minority party Most-Híd.

According to softwareleverage, Slovakia got its first female prime minister when Radičová, 53, took office as head of government in early July. She announced financial austerity to stop the rise in central government debt and to get the economy back on track. In the election campaign, Radičová had promised to improve relations with Hungary, and instead of hard-line nationalists in the previous government, Radičová’s government included three ministers from the Hungarian minority party Most-Híd. The party emphasized cooperation between Slovaks and Hungarians and was given the post of Deputy Prime Minister and Minister of National Minorities.