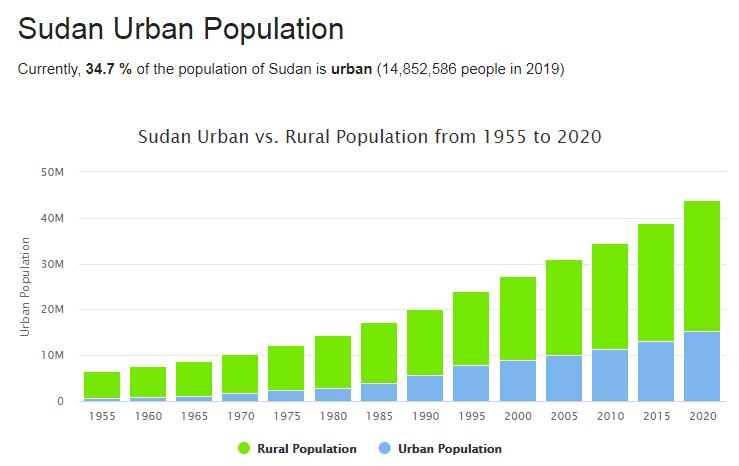 Sudan. According to COUNTRYAAH, Sudan has a population of 41.8 million (2018). Presidential and parliamentary elections were held in April, the first since 1986 to be held in completely democratic forms. But the elections did not bode well for the 2011 referendum on a possible division of the country. Most opposition candidates for President Omar al-Bashir jumped off with insufficient preparation and suspicions of planned cheating. The EU withdrew its observers from the Darfur region due to lack of security. Southern Sudan’s leading party SPLM (Sudanese people’s liberation movement) boycotted elections in most provinces in the north, also citing planned cheating and risk of violence.

As a result, al-Bashir was re-elected with 68 percent of the vote, while SPLM leader Salva Kiir got 93 percent of the vote in the presidential election for the semi-autonomous South Sudan. The ruling party NCP (National Congress Party) consolidated its large majority in parliament. Both EU observers and the US Carter Center judged the confused election arrangements and the lack of transparency in the process.

The rest of the year was marked by a rising concern that the referendum on independence for the South would be sabotaged. Uncertainty also increased over whether a separate referendum in the oil-rich border region of Abyei could be implemented at all. The residents of Abyei must decide whether they should belong to northern or southern Sudan. Struggles in the area in July were interpreted as attempts to drive away people who are supposed to feel closer to the South. Negotiations on the conditions for the Abyei vote ended in October. Both sides also blamed each other for troop contractions along the possibly future national border, the stretch of which is not entirely clear either. The Khartoum government heard statements that cast doubt on both referendums,

In November, the US government offered to remove Sudan from its list of states that support terrorism, if the referendum on the status of the south is carried out according to the timetable. However, the sanctions punishing the government for the violence in Darfur would continue. In Darfur, it was relatively calm during the year, but ceasefires that the government closed at the beginning of the year with several rebel groups were broken quite soon.

The International Criminal Court (ICC) in The Hague brought further charges against President al-Bashir, now for genocide. He was accused of planning to partially destroy the peoples fur, masalite and zaghawa. A year earlier, the ICC had prosecuted and called for the president of war crimes and crimes against humanity in Darfur.

In February, the ICC dropped the charges against a Darfur rebel leader in lack of evidence. Two other daredevil rebels voluntarily arrived in The Hague in June, where they were charged with war crimes. The ICC reported the Sudanese state to the UN Security Council for its refusal to arrest and extradite a former minister and a rebel leader who is charged with 51 points for war crimes and crimes against humanity. They are accused, among other things, of murder, torture, mass rape and forced escape of a number of villages in Darfur. The minister was the government’s responsible for humanitarian issues.

Power struggle and state of emergency

In 1992, a designated parliament of 300 members came together, as a first step on the road to democratization. New political reforms in 1993 led to the deployment of a civilian government dominated by the NIF, and then to elections in 1996, when al-Bashir was elected president of Sudan and al-Turabi as president of parliament.

A new constitution of 1999 provided a somewhat greater leeway for political opposition. In 1999, a growing power struggle between al-Bashir and al-Turabi took place, after which the latter lost its formal power; al-Tourabi was jailed in 2001–2003 and in 2004–2005. Al-Bashir dissolved parliament in 1999 and set aside the constitution. Parliament met again in 2001 after the election the year before, but the state of emergency continued.

In the election, which was boycotted by the opposition, al-Bashir was re-elected, after defeating former President Nimeiri. NCP won 355 out of 360 seats in the National Assembly. A failed coup attempt took place in 2003.

As a result of the peace agreement signed between the government and the Sudan People’s Liberation Movement (SPLM) in South Sudan in 2005, the seats of parliament and government from the same year were proportionally distributed, while a separate government was formed in it from the then autonomous South Sudan; the president here also became vice president throughout Sudan.

According to softwareleverage, Sudan’s recent history has been largely characterized by political conflicts between the dominant Arab elite and various parts of a complex opposition, which have also been reflected in armed uprisings and war in several parts of the country – especially in South Sudan and beyond. especially in Darfur west of the country, but also in central and eastern areas.

The conflicts have consequences not only for Sudan but also for the region: The civil wars in Sudan are closely linked to conflicts in several neighboring countries; especially in Central Africa (Chad and Central African Republic, as well as in Uganda and Congo) and on the Horn of Africa (Eritrea and Ethiopia).

The armed conflicts are all different and there is basically no direct connection with them. However, they have in common that they express an experienced political and economic marginalization, which the Arab-dominated central government is behind, essential to fencing their own power.

There is also a great difference between the actors in the conflicts: for example, the war in South Sudan has also had a religious dimension in that the population, essentially Christians and animists, was further provoked by the Islamist government’s introduction of Sharia.

In comparison, the conflict in Darfur has a cultural and economic dimension – the whole area is Muslim, but people groups with different industries have come into conflict due to deteriorating natural conditions: nomadic livestock farmers (essentially ‘Arab’) against permanent farmers (essentially ‘Africans’)). The Arab-dominated central government supports local ‘Arab’ militia.