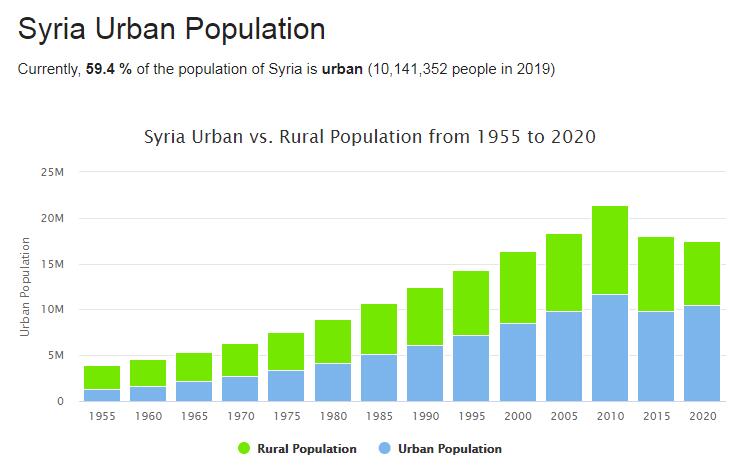 Syria. According to COUNTRYAAH, Syria has a population of 16.91 million (2018). The country’s rapprochement with the United States, which began in 2009, halted since Syria tried to persuade Lebanon not to cooperate with the UN tribunal that investigated the assassination of Lebanon’s former prime minister Rafiq al-Hariri in 2005 and after it emerged that Syria had provided the Shiite Muslim Hizbullah Lebanon with long-range missiles, possibly of the Scud type, that would make it possible to attack both Tel Aviv and Jerusalem. According to softwareleverage, Syria cultivated other relations instead. Iranian President Mahmoud Ahmadinejad visited President Bashar al-Asad in Damascus on February 25, where they both met with Hizbullah leader Sayyid Hasan Nasrallah, leader of the militant Hamas movement Khaled Meshal and other Islamist leaders. The Russian Federation’s President Dmitry Medvedev visited the country on May 10-11, then spoke with al-Asad about cooperation in the oil and gas sector, among other things. The day before, Medvedev had met with Israeli President Shimon Peres in Moscow.

Two lawyers and human rights activists, Muhannad al-Hassani and Haitham al-Maleh, were sentenced at the beginning of the summer to three years in prison each, among other things, for “weakening the national feeling”. In September, the human rights organization Human Rights Watch criticized the arrest of 19-year-old spy-accused female student Tal al-Mallohi. She had been kept locked up for eight months since she blogged about the difficult situation of the Palestinians.

In July, the government issued a ban for women to wear niqab, a veil that covers everything except the eyes, at all universities and colleges.

A high-ranking Syrian diplomat in Stockholm was expelled from Sweden in May after police revealed that he planned to kidnap his own daughter and drive her out of the country. The background must have been that the diplomat wanted to break her relationship with her boyfriend.

The UN estimated that 800,000 people are fleeing drought and starvation in the country’s northeastern region, which continued for the fourth year. The UN Food Program WFP distributed food to 200,000 people who have stayed in the area and the Red Cross provided drinking water.

In the first half of August, IS launched a new thrust into Iraqi Kurdistan, where it captured Sinjar and subsequently killed 500 of the city’s inhabitants. Sinjar was the capital of the Yazidi religion and 50,000 of Sinjar’s population fled up Mount Sinjar where IS besieged them. In the shelter of the humanitarian disaster, it was an excellent opportunity for the West to intervene. The United States launched aerial bombardment of IS positions at the foot of the mountain. However, it was not the United States that broke the blockade, but rather Kurdish partisans who drove the IS forces to flight.

In the following weeks, more and more countries joined the United States aerial bombings in Iraq and Syria. On September 26, the Danish Folketing also decided to contribute aircraft and soldiers. The bombing war was launched without a UN mandate. Formally, it could be said that the bombings in Iraq happened at the request of the Iraqi government, but this was not the case in Syria, where Assad declared that the country would regard foreign bombings in the country as a violation of its national sovereignty. Now it was only a short time during the cold war of the 20th century that the West has at all respected the national sovereignty of other countries, and therefore the West launched bombardments of especially IS positions in northern Syria. A full breach of the UN Charter and a crime against peace.

IS received support from Turkey for its siege of Kobanê. On June 11, IS captured Turkey’s consulate in Mosul, capturing 48 Turks. These include the Consul General, women, children and several members of the Turkish special forces. On September 20, IS and Turkey signed a secret agreement, after which the hostages were released and sent back to Turkey. Although the deal was secret, it was not difficult to see what IS got in return. Turkey released hundreds of Islamist prisoners, a large number of whom traveled to Syria where they joined IS. Turkey also committed to helping IS occupy Kobanê on the Turkey-Syria border. While Turkey bought oil from IS and freely allowed supplies and partisans to pass from Turkey into Syria to IS and other Syrian opposition groups, Turkey completely shut down the Kurds. In September, Turkish border guards fired Turkish Kurds who had traveled to the border to help their ethnic communities in Kobani. Kurdish refugees from Kobanê were most often treated as prisoners of war in Turkey, and Turkey effectively prevented reinforcements and weapons from reaching the besieged Kobanê. Turkey had two rationales. First, the country was not interested in a Kurdish autonomous area along the border with Turkey. It would give the large Kurdish minority in Turkey blood on the tooth to also demand autonomy in the Kurdish areas there. Then IS was a minor evil in Turkish optics. The second rationale was that Turkey was outraged by the US’s “betrayal” in the fight against Assad in Syria. In Turkish optics, the US bombing of IS weakened opposition to Assad, and Turkey had made every effort to overthrow Assad. Therefore, Turkey had no problems giving IS more or less open support. In advance, opinion polls in Turkey showed that approx. a quarter of the Turkish population voted positively towards IS.

The United States and a number of Western countries had by this time launched aerial bombardments of IS, and the United States was not happy about the strategic alliance between Turkey and IS. At the same time, Western propaganda had difficulty explaining why the West should fight IS, but not help the only people who actually fought IS on land – namely the Kurds. On September 27, the United States therefore, for the first time, bombed IS positions around Kobanê. Several hundred bombings followed, but they had a limited effect. A war cannot be won from the air. The bombings happened only during the day, and the IS partisans only hid when bombers were reported in the area.