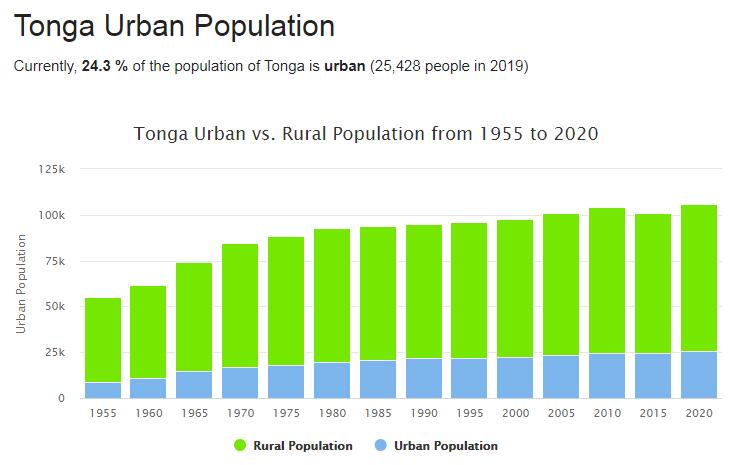 Tonga is a country located in Oceania. In February, the captain was charged with the Princess Ashika ferry, which sank off Tonga in August 2009 with 74 deaths as a result. Captain Maka Tuputupu was charged with driving the ferry even though he knew it was not seaworthy, which he acknowledged after the accident. Many witnesses had testified before a commission of inquiry, appointed by the king, that the ship had been decayed and the rust attack. New Zealander John Jonesse, dismissed head of Shipping Company of Polynesia, was indicted for forgery in connection with the purchase of the ship. It also emerged that the ship had been purchased in July 2009 with aid money from China that would have gone to telecommunications.

According to COUNTRYAAH, Tonga has a population of 103,197 (2018). The Commission of Inquiry also learned that neither the shipping company nor the Ministry of Transport had properly examined the vessel before it was put into ferry traffic between different islands in Tonga. At the end of February, Prime Minister Feleti Sevele apologized for the government’s mistake, which allowed a non-seaworthy vessel to be taken into service.

The inquiry commission’s report was sent to the king at the end of March. There was no date for the report to be published, but parts of the content leaked onto the Internet. It stated that the Commission criticized the ship’s crew for its actions and found that the government committed systematic errors at all levels when approving the purchase of the vessel.

At the end of July, the trial of the ferry disaster began. The defendant was the captain and first officer of Princess Ashika, the shipowner and a civil servant. They were accused of using a seaworthy vessel and of killing a 21-year-old woman whose body was the only one that could be recovered after the accident. The defendants risked a sentence of up to 25 years in prison. According to the police, more people were expected to be tried later.

In April, Parliament approved some of the constitutional amendments proposed by the Royal Constitutional Committee in November 2009. The government would take over the executive power previously held by the King and Crown Council. Another important constitutional change was the increase in the number of elected members of parliament to 17 out of a total of 26. These would be elected by the people in general elections every three years, starting with the November 2010 elections.. The nobles were allowed to retain the post of Vice-President and Vice-President. The Speaker is appointed by the nobility and the Vice-President of the King. The king would continue as commander-in-chief. He had to retain the right to dissolve Parliament and veto legislative proposals. He also had to continue to appoint high-ranking people in the judiciary.

Finance Minister Afu’alo Matoto announced in April that the government would be forced to cut its spending by 11 percent during the year. The reason was that the referrals, the money that Tongans abroad send home to their family and relatives in Tonga, had decreased by close to one-fifth because of the international recession. In October, it became clear that the World Bank will provide Tonga with up to $ 50 million over four years to reduce the effects of the recession.

Tonga’s first democratic elections on November 25 became a victory for the newly formed Friendship Islands Democratic Party, although the party did not get its own majority in parliament. Voting was high, with 89 percent of the approximately 42,000 voters going to the polling stations to vote for candidates for a parliament that from now on would have a majority of elected representatives. The historic election marked the end of the 165-year-old monarchy. King George Tupou V described the event as “the most important and historic day for our kingdom”.

The Democratic Party of the Friendship Islands got 12 of the 17 parliamentary seats that the people could choose. The other five seats went to independent candidates. The Democratic Party of the Friendship Islands lacked its own majority, but the nobility’s nine newly elected members announced that they wanted a people’s election as prime minister. The post of prime minister was expected to go to Akilisi Pohiva, leader of the Friendship Islands Democratic Party. Pohiva had formed the new party in September. He was formerly leader of the democracy movement Human Rights and Democracy Movement and has occasionally been imprisoned for his work on democracy. However, in spite of the nobility’s wishes, the nobleman Tu’ivakano was elected prime minister on December 21. He was supported by all nine nobles in Parliament and by the five independent members. That gave him 14 votes, against 12 for Pohiva. The choice of Tu’ivakano.