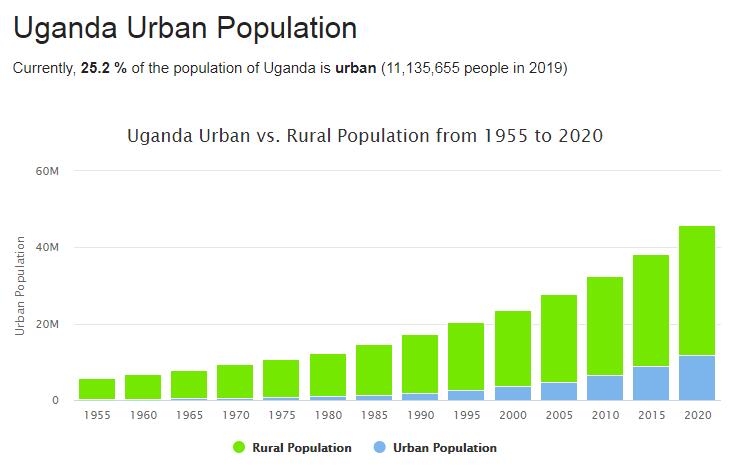 Uganda. At least 74 people were killed and about as many were injured when explosive charges were detonated in two premises in the capital, Kampala, July 11. According to COUNTRYAAH, Uganda has a population of 42.72 million (2018). The attacks, probably carried out by suicide bombers, were aimed at a restaurant and a rugby club where many people had gathered to watch the World Cup finals in football on TV. The militant Somali Islamist movement al-Shabab, which is believed to be linked to the terror network al-Qaeda, said it had carried out the attacks as revenge for Ugandan soldiers protecting the Somali government.

In August, charges were brought against 32 people for participation in the attacks. Among them were Ugandans, Kenyans and Somalis as well as a Rwandan and a Pakistani. Four Ugandans, identified as the brains behind the death, were shown to the media, saying they performed the death for religious reasons and for “anger at Americans” who also support Somalia’s government.

A bill that was tabled in Uganda’s parliament in late 2009 caused great upset during the year. According to the proposal, homosexuality, which is already in itself forbidden in the country, could under certain circumstances be punished with death. This applies to previously convicted persons, HIV-positive people or those who have homosexual relations with persons under the age of 18. Western governments and UN agencies condemned the unison bill and Uganda was threatened with withdrawn assistance. A commission, appointed by President Yoweri Museveni to examine the consequences of such a law, recommended in May that the proposal be withdrawn.

The ancient kingdom of Buganda’s royal mausoleum in the town of Kasubi burned down in March. The royal tombs were UNESCO classified as one of Uganda’s world heritage sites. Relations between Buganda and the Ugandan state were already tense since 2009, when the government banned King Ronald Muwenda Mutebi from visiting an area that had previously belonged to the kingdom. When President Museveni was to visit the fire scene, riots erupted and police killed at least two people. In a riot during a mourning holiday a week later, another person was killed and tens were injured.

A UN report in September drew strong criticism of Uganda for its soldiers’ conduct in the Congo (Kinshasa) during the 1996-2003 war. The soldiers were accused of massacres on civilians, torture and destruction of infrastructure. In 2005, the International Court of Justice (ICC) in The Hague found Uganda guilty of human rights violations during the war and sentenced the country to pay damages, which never happened. Following the renewed criticism, according to softwareleverage, Uganda threatened to call home its soldiers from international peacekeeping missions.

The population of the Uganda it is divided into different ethnic groups, mostly belonging to the Bantu stock, with Nilo-Hamitic and Nilotic minorities. The prevalent Bantu ethnic group, and which historically has always represented the dominant group of the country, is that of the Ganda (or BaGanda), with 17.3%, followed by the Banyankore, Basoga, Bakiga, Iteso, Langi, Bagisu, Acholi and from other populations. The Asian community, which had a significant presence before 1969, was almost completely expelled, as was the European (predominantly British) community. The hundreds of thousands of refugees from Rwanda and Sudan, placed in very poor camps on the border with these states, have a heavy impact on the weak structure of the country. Both the population growth rate (3.6% in 2008) and the birth rate (47, 8 ‰) are among the highest in the world. Most of the demographic and socio-economic indicators outline a rather unsatisfactory picture, albeit slightly improving compared to the 1990s: infant mortality is 64.8 ‰ (2009), life expectancy at birth is around 50 years and the illiteracy affects about one third of the adult population. The Uganda it is also among the African countries most affected by the AIDS epidemic, with 77,000 deaths per year out of 940,000 HIV-positive (2007 data). Urban areas are few (13% of the total population) and always surrounded by poor suburbs: the main one is the agglomeration of the capital, followed by those of Kira, Gulu and Lira. ● The official languages ​​are English and Swahili, but ethnic languages ​​are also widely used, among which Luganda prevails, which is the language of the Ganda. The population is strongly Christianized (82% of the total) as a consequence of the missionary activity of Catholics and Anglicans; the Islamic presence, which has doubled since the 1990s, is around 12%, while the rest of the population follows animistic or naturalistic beliefs.