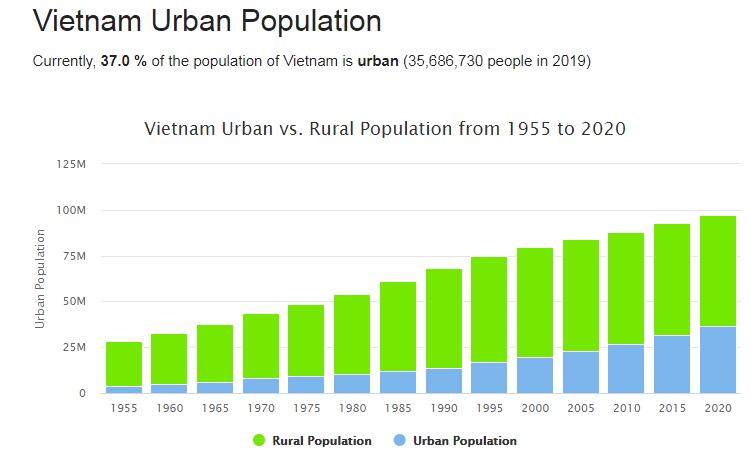 Vietnam. An ongoing campaign to silence dissent continued at the beginning of the year. According to COUNTRYAAH, Vietnam has a population of 95.54 million (2018). A Haiphong court in January sentenced author Pham Thanh Nghien to four years in prison for spreading propaganda against the state. She had been detained for close to a year and a half and was sentenced after half a day’s trial behind closed doors. In a trial in Hô Chi Minh City, four democracy activists were sentenced to prison for between 5 and 16 years. Among them was the famous human rights lawyer Le Cong Dinh. The men were arrested in the summer of 2009 and initially accused of spreading hostile propaganda. They were eventually prosecuted for revolt, accused of trying to overthrow the communist regime.

Several other dissidents were arrested later in the year. According to human rights organizations, the government clearly wants to highlight that political resistance will not be accepted before the Communist Party Congress in early 2011.

US Secretary of State Hillary Clinton visited Vietnam in July to attend a meeting with ASEAN. The parties also noted the 15-year anniversary of the resumed diplomatic relations between the countries after the end of the Vietnam War in 1975. Increased defense cooperation was discussed, and Clinton pledged increased support to deal with the medical and environmental effects of the Agent Orange plant poison used by the war. Clinton also visited Hanoi in October, even to attend a regional meeting.

Due to the 15th anniversary, the two countries carried out their first joint fleet maneuver ever in August. The exercise was held near some disputed island groups in the South China Sea, where several incidents occurred earlier in the year between Chinese and Vietnamese vessels. China had unilaterally introduced a fishing stoppage in the area that both countries claim.

The United Nations Population Fund (UNFPA) warned Vietnam of a very rapidly growing imbalance between the number of boys and girls born in the country. The imbalance, which has risen sharply in just five years, threatens to create social problems in the long run as many men find it difficult to find a woman to marry. According to UNFPA, three reasons contribute to the imbalance: a traditional preference for sons, a tendency to have fewer children and a general availability for selective abortions, where girl fetuses are rated.

In October 2013, the United States eased its nuclear trade restrictions on Vietnam. The superpower signed an agreement under which it will deliver nuclear fuel and technology to Vietnam, which is expected to complete its first nuclear power plant in 2014 – listed in collaboration with Russia. In October 2014, the United States announced that it would ease its restrictions on arms sales to Vietnam. The superpower is seeing its competitors increasingly run with the orders to the lucrative Vietnamese market.

A new constitution came into force in November after an unprecedented – but still heavily controlled – popular debate over the constitutional draft, which ran for over 9 months. The new constitution, in general terms, allows freedom of expression and assembly, but at the same time opens up restrictions on these freedoms through clauses in the general laws. The right to fair litigation is only guaranteed to a limited extent. The country signed the UN Convention against Torture in November and the National Assembly ratified the signature a year later. The country’s new constitution prohibits torture, but the Criminal Code lacks precise descriptions of what torture is.

In February 2014, Vietnam was subjected to the periodic review of human rights in the country by the UN Human Rights Council. The country chose to follow 182 of the Council’s 227 recommendations. A much higher percentage than e.g. Denmark. Vietnam was in January elected to sit on the council for a two-year term.

The territorial conflict between Vietnam and China peaked in May when China moved an oil drilling platform into a disputed waters. The incident triggered violent demonstrations among tens of thousands of Vietnamese workers who attacked not only Chinese but also South Korean, Taiwanese and Japanese-owned factories. An unknown number of workers were killed or injured. 700 were arrested for their participation in the protests.

6 dissidents were released in April and June. Then there were 60 prisoners of conscience in the country’s prisons. Among them were many bloggers who had been convicted of spreading “false information” on the Internet, but among the prisoners were also labor and peasant activists, as well as religious and political activists. There continued to be spontaneous violent attacks on dissidents freely, carried out by groups of men suspected to be in contact with the security police. In other words, the attacks were intended to intimidate the activists.

According to softwareleverage, Vietnam’s economy grew by 6% in 2014. Slightly smaller than its Southeast Asian neighbors, but far above western levels.

In April 2016, the National Assembly elected Trần Đại Quang as the country’s president with 91% of the vote. He was a member of the CCP Central Committee and Political Bureau and had been Minister of Public Security since 2011. Also in April, Nguyễn Xuân Phúc was appointed prime minister.

Dead fish began to wash up on the beaches of Hà Tĩnh province in central Vietnam in April 2016. The following weeks, the Quảng Bình, Quảng Trị and Thừa Thiên – Huế provinces were also affected by the disaster. The person responsible for the environmental disaster was the company Formosa Ha Tinh Steel – a steel plant owned by the Taiwanese group Formosa Plastics. Only at the end of June did the company accept that it was responsible for the disaster. It had illegally discharged heavily polluted industrial wastewater directly into the sea. The disaster had major economic consequences for the country. In the central part, fishing within 20 nautical miles from the coast was prohibited. It hit the fishermen. At the same time, foreign tourists canceled 30% of the planned nights in the central parts of the country. The Group agreed to pay DKK 500 million. US $ in compensation to the affected communities, but even at the end of 2017, pollution was so extensive that fishing continued to be impossible. About 270,000 Vietnamese were affected by the disaster.

In May 2016, a further “normalization” of the Vietnam-US relationship occurred when President Obama repealed the superpower ban on arms exports to the country.