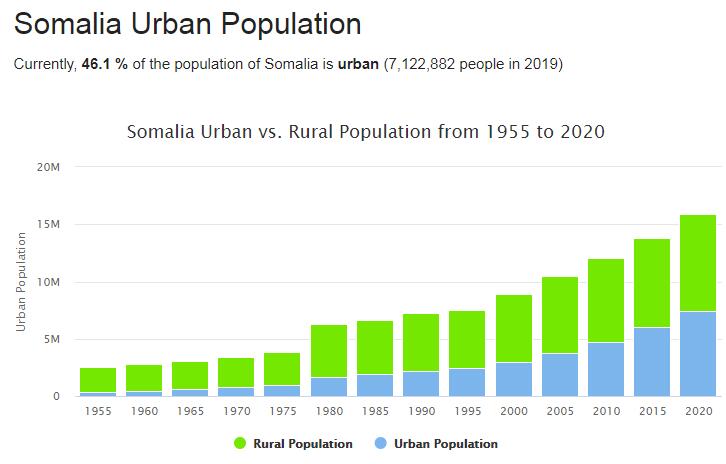 Somalia. After some slowdown in the first months of the year, piracy increased again. In November, at least 20 vessels with well over 400 crew members were reported to be in the pirates’ violence. A number of vessels were released during the year since the pirates received ransom payments, usually equivalent to tens of millions of SEK per ship. A British married couple was released in November, about a year after they were robbed outside the Seychelles.

According to COUNTRYAAH, Somalia has a population of 15.01 million (2018). The Somali hijackers have expanded their territory considerably, in some cases as far away as the Maldives and as far south as outside central Mozambique, and have also been reported to have become increasingly daring and more often resorted to violence. Several pirates were themselves captured by the naval vessels patrolling the Indian Ocean. Most were sent to Kenya, where a special court funded by the UN and the EU was inaugurated in June, but several were also brought to trial in, among others. The Netherlands, Germany and the United States. The Swedish warship HMS Carlskrona left Adenviken in November after a six-year patrol mission. Swedish officers participated when the EU began training Somali government soldiers in Uganda.

Two men of Somali origin were sentenced in December in Gothenburg to each four years in prison for stamping terrorist offenses. According to the court, the men had planned suicide bombings in Somalia. They must have been members of the Islamist al-Shabab movement, which retained control over much of the country during the year. Struggles occurred regularly in the capital Mogadishu, where the internationally recognized government only mastered a small area. At least 30 people were killed in a blast attack in a mosque in May. An al-Shababledare, formerly resident in Sweden, was reported to have been the target of the attack but he must have managed. When al-Shabab attacked a hotel near the presidential palace in August, at least 32 people were killed, including six MEPs. In November, al-Shabab archived two spy-convicted teenage girls in public in the city of Beledweyne.

There were strong abrasions within the weak government and several ministers resigned in June. Some of them had already left the country. After a long internal power struggle with President Sharif Sheikh Ahmed, Prime Minister Omar Abdirashid Ali Sharmarke resigned in September and was replaced by Mohamed Abdullahi Mohamed, a long-time resident of the United States and dual citizenship. It was not until the end of November before the split Parliament had approved both him and his government.

The new government, with only 18 ministers, was significantly smaller than the previous one, but it was seen as a reinforcement that the powerful Sufi organization Ahlu Sunna wal Jamaa (ASWJ) was given ministerial posts. The ASWJ has successfully fought al-Shabab in central Somalia for two years.

In the generally calm, outbreak republic of Somaliland, regime change took place under peaceful forms. Although al-Shabab threatened the electorate, general elections could be held. Opposition politician Ahmed Mohamed Silaanyo from the Kulmiye party got almost 50 percent of the vote. Seated President Dahir Riyale Kahin gained about 33 percent and resigned. Kulmiye also got a majority in parliament. The United States announced closer contacts with Somaliland, which, after nearly 20 years, is still awaiting its first diplomatic recognition.

President Mohamed Abdullahi Mohamed appoints Mohamed Hussein Roble, a Swedish-educated civil engineer, as the new Prime Minister. He has previously worked for the International Labor Organization ILO. The idea is that he will lead a transitional government until elections can be held. Just hours before, the president and five state leaders have agreed to hold indirect elections to parliament and preparations for this will begin on November 1. The mandate of the sitting Parliament expires on 27 December. The agreement is based on representatives of the elders, civil societyand regional governments shall agree on 101 members for each state. These will later elect a new parliament, which in turn will elect a president. It will thus not be the general election previously planned and it looks as if the clans will be able to retain their influence over politics and that the new parties that have been formed will not have a prominent place. Election commissioners must be appointed by both the federal government and state governments. Representatives of Somaliland, which declared independence in 1991, will be appointed in Mogadishu. The parties also agree that women should have 30% of the seats in both houses of parliament. A similar election plan was presented in August, but then the leaders from Jubaland and Puntland said no to it.July 2020). At the same time as the election plan is being presented, it is clear that the militant extremist group al-Shabaab has stepped up its activities. In the last week, tens of people have been killed in various attacks.

Somaliland opens a representative office in Taiwan. A few weeks earlier, Taiwan did the same in Somaliland. This is another sign of closer relations between the two de facto states (see also July 2020). According to softwareleverage, both China and Somalia are protesting against this.

Over 20 dead in two suicides

At least 16 people, including five perpetrators, were killed on Sunday in a suicide bombing at a hotel in Mogadishu. The next day, a similar act requires the lives of five soldiers.

Three Iranian fishermen who have been held hostage by pirates in Somalia for five years regain their freedom. Their ships were taken over by pirates in March 2015. According to the Hostage Support Program (HSP) in Nairobi, the three Iranians were the last to be held hostage by Somali pirates. HSP, which was involved in the negotiations, sees the release as the end of a ten-year era of kidnappings at sea. In total, more than 2,300 seafarers have experienced captivity in Somalia, either on board their ships or brought ashore. However, the release does not mean the end of disagreements over fishing between Somalia and Iran. Crews from Iran are accused of fishing illegally in Somali waters.